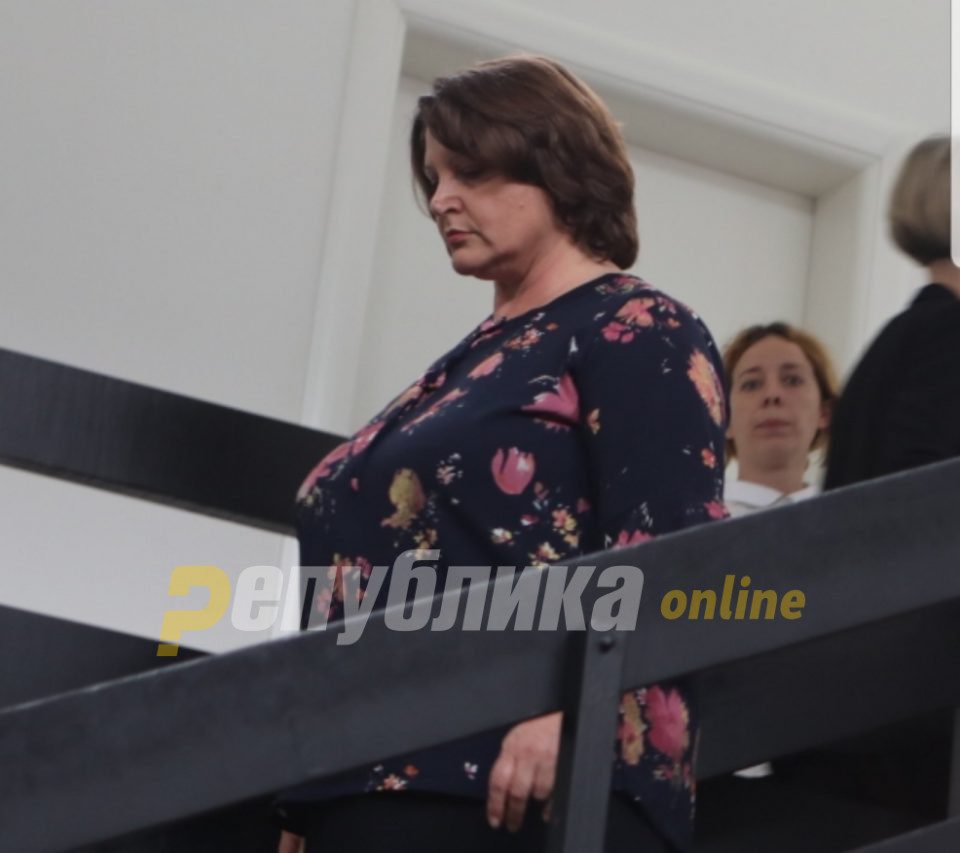 Prosecutor Elizabeta Josifovska laid all blame on her former superior Katica Janeva, as she testified in the Racket scandal. Josifovska was one of Janeva’s principal deputies in the now thoroughly disgraced Special Prosecutor’s Office, and she signed the order to allow businessman Jordan Orce Kamcev to have back his passport.

Kamcev paid 1.5 million EUR in bribes for this privilege after Janeva charged had him detained on money laundering charges which were likely put together in order to extract money from some of Macedonia’s top businessmen. The order to give Kamcev his passport back is the crucial piece of evidence that the SPO acted to sabotage its own case after the bribe was paid.

I signed the order to return the passport. Only later I realized that the order was made by the Special Prosecutor (Janeva) and that prosecutor Stefanova did not agree with this order, because she feared Kamcev is a flight risk due to his dual citizenship. I told Stefanova that I have no choice and I have to sign the order, Josifovska said.

Lile Stefanova was the prosecutor in charge of the so-called Empire case, in which Janeva targetted Kamcev and the owners of the major Pelisterka company. Kamcev testified that Stefanova ran a parallel extortion attempt against him, demanding real-estate in one of Kamcev’s buildings in exchange for going easy on him in the trial. Josifovska did all she could to help Stefanova in her testimony, as well as fellow prosecutor Burim Rustemi who ran another case in which the SPO tried to extort money from businessmen, and put the spotlight solely on Janeva.

In April 2019 we had a meeting of principal deputies in the SPO, and Janeva asked prosecutors Stefanova and Burim Rustemi, who were in charge of the Empire and Postal Bank investigations to calculate the damages that the state should be paid, and settle the cases, in way so that the defendants are not sentenced to serve time in prison. Rustemi and Stefanova prepared the calculations but they also recommended prison terms, Josifovska said, in an attempt to clear her fellow deputies and lay the entire blame on Janeva.