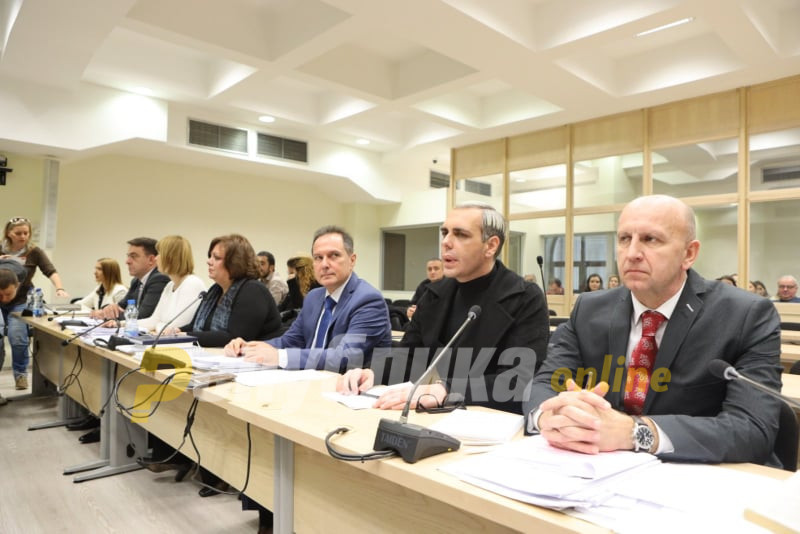 The Racket trial turned into a reality show, as the prosecutors avoid asking the fundamental question – where did the money go. The case has former Special Prosecutor Katica Janeva and her showman friend Bojan Jovanovski – Boki 13 charged with extorting 1.5 million EUR from businessman Jordan Orce Kamcev – which is believed to be just a slice of the tens of millions that Janeva extorted from other businessmen, using her close ties to the ruling SDSM party.

But for days now, the trial resembles a Turkish or Latin soap opera, with the public amused by the clothes Boki 13 bought in Milan, his guns collection, the artwork he and Janeva amassed, the surgeries they did or planned to make them slimmer…

A case in point – on Wednesday, the court heard from one of Boki’s doctors who tended to his gastric bypass wound, and then Boki and organized crime prosecutor Vilma Ruskoska had a heated argument over who is a bigger “bum” and stole more money before Boki had to take a Valium and was removed from the courthouse. This filled the media cycle nicely, even though at the same time Deputy Parliament Speaker Frosina Remenski, who is charged in the second trial against Boki, was giving a press conference revealing how Defense Minister Radmila Sekerinska was involved in the scandal.

And yet, the prosecutors seem intent to avoid any mention of politicians in the trial. A surveillance video that revealed the third Racket defendant Zoran Mileski – Zoki Kiceec meeting with Zoran Zaev’s brother Vice Zaev was presented to the court, as it was part of the evidence provided by the Interior Ministry, but Ruskoska tried to avoid even mentioning it, and it fell to the press to notice Vice Zaev on the video.

Most importantly, no serious effort is being put into revealing the flow of the money, even though leaked tapes make it highly probable that Kamcev placed a GPS tracking device into the infamous Louis Vuitton bag filled with cash he gave to Boki 13 and Kiceec. The final destination of the bag was rumored to be some of the Government’s advisers, or even the Government building itself. But so far, prosecutors seem intent to minimize the haul of the racketeering gang, and to show that the money were all spent on fashion shows in Milan and designer items from luxury brands, while the whistleblowers in the case are being prosecuted.

VMRO-DPMNE: The sentencing of Aleksandar Mitovski proves that the Zaev regime is afraid of the free press