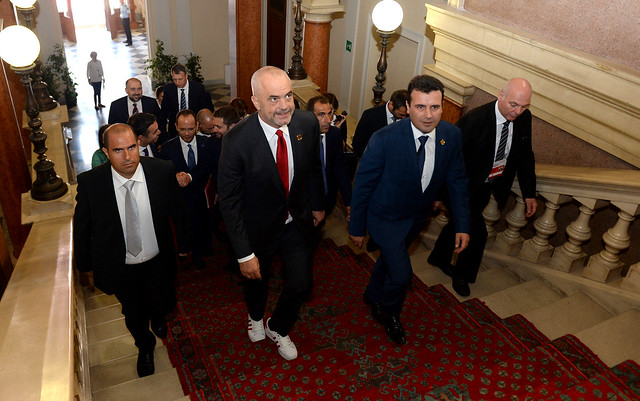 Albanian Prime Minister Edi Rama warned that it would be a damaging and unjust development for the region if Macedonia were allowed to open European Union accession talks before Albania. Rama was asked how would Albania react if the EU splits the accession talks of the two countries.

This would be not strategic, this would be not very forward looking. This would be quite tactical and quite harmful really for the region. And in the meantime I think it would be very unfair because yes, North Macedonia did stunning progress through the Prespa agreement and of course they deserve to be rewarded for that. But the question is, do you need a conflict rewarded for what you do?, Rama said in an interview with Euronews. Albanian politicians would frequently raise the prospect of national unification of Albania and Kosovo, and possibly parts of neighboring countries, if their EU accession demands are denied.

Macedonia and Albania expect a decision on their requests to open accession talks in October. France, the Netherlands and Denmark are seen as the main opponents, some of them fearful that the EU is becoming diluted and unwieldy, others worried about crime and rule of law issues. Macedonia was seen as a positive example by some in Brussels, mainly those who favored the imposed Prespa treaty, but with the spectacular collapse of the main anti-corruption SPO unit, the merits of the request are less and less clear.