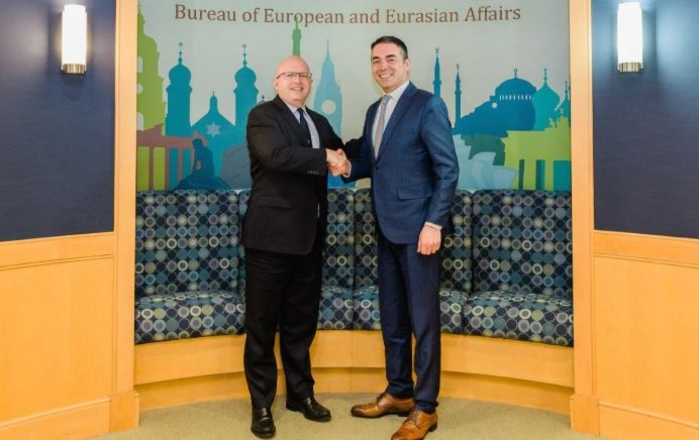 US acting Assistant State Secretary Philip Reeker told Foreign Minister Nikola Dimitrov that Macedonia must continue to implement reforms as it joins NATO. Reeker, the Foreign Ministry reported, asked that the Special Prosecutor’s Office is rolled into the state prosecutor’s service. Talks between the ruling majority and the opposition VMRO-DPMNE party about the fate of this highly politicized institution are on-going.

This institution was used to bring down the Nikola Gruevski Government, filing politically driven charges against him and his top associates.

Dimitrov is in Washington for the 70-th anniversary of NATO events and is meeting with American and international officials.