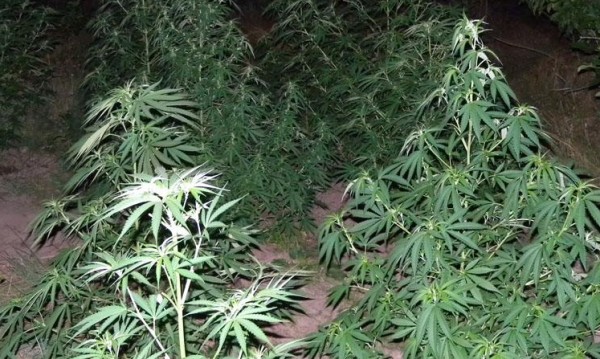 In a new report, the Global Initiative Against Transnational Organized Crime warns that marijuana grown ostensibly for medicinal purposes in Macedonia is being sold on the black market. The marijuana business grew exponentially under the Zaev regime, which awards growing licenses to cronies and members of the ruling Zaev family. A number of serious incidents were reported recently, including the seizure of over 200 kilograms of marijuana which came from a farm apparently owned by a close relative of Zoran Zaev, and were escorted by the police commissioner of Prilep.

Cannabis is grown legally in (North) Macedonia for medical use. It is  possible that some of this is making its way onto the black market,  which may account for why wholesale and retail prices for cannabis are  relatively low in Kosovo. At the beginning of December 2020, two tonnes  of cannabis were stolen from the warehouse of a licensed company in  the village of Josifovo, in Valandovo municipality, North Macedonia. Allegedly, some of this cannabis ended up in Kosovo. In a separate case, four men (two from Skopje and one each from Albania and Kosovo) stole 60 kilograms of cannabis from the warehouse of a licensed cannabis producer in the region of Krushevo. As illustrated, prices for cannabis in southern Kosovo, around Prizren, are similar to those in (North) Macedonia, while those in the north of Kosovo are similar to those in Serbia. The low prices in southern Kosovo can also be explained by the  fact that the local market is supplied by cannabis from Albania and (North) Macedonia, the report notes.

It is also noted that Macedonia is the worst performing country in the region in terms of drug seizures. 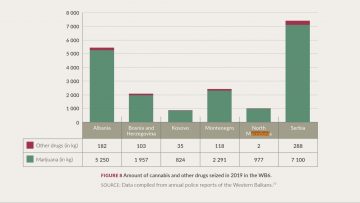 This indicates that drug trafficking is being conducted in coordination with the security services, the report notes. “This ‘protection economy’ ranges from corrupt border officials being absent or looking the other way at key border crossings, to police ignoring or even being engaged in trafficking. It can also include politicians who protect key players for a cut of the business. The fact that there are relatively few drug seizures in the region suggests a degree of either

negligence or corruption among law enforcement”. A major drug raid against two Albanian gangs in Macedonia recently ended in failure after the heads of the gangs were reportedly tipped off by their people in the police.