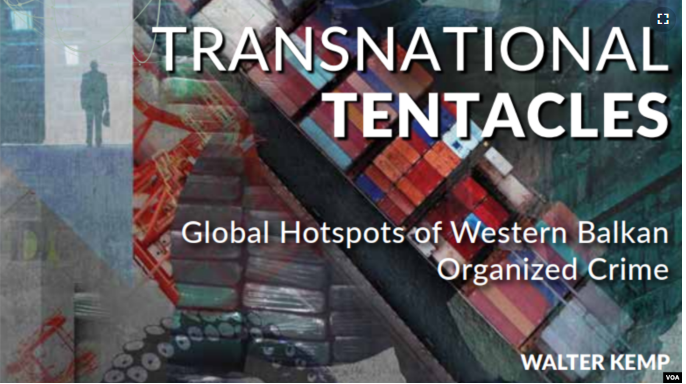 Former security chief Saso Mijalkov did not disclose real-estate investments worth two million EUR in Prague, writes the Global initiative against transnational organized crime in a recently published report. The report covers organized crime in the Balkans and how it interacts with politics, and points to Mijalkov as an example of a well connected person who has used Prague, where his father worked in Communist time, as his base.

Well-connected people from the Balkans established themselves in Prague. A good example is Jordan Mijalkov, the father of Saso Mijalkov, who became the head of the Secret Service of the former Yugoslav Republic of Macedonia under the government of Nikola Gruevski, which was brought down after accusations of mass wiretapping emerged in 2015. Jordan Mijalkov was the first Interior Minister of the former Yugoslav Republic of Macedonia. He was also a representative of the Yugoslav company Makoteks in Prague in 1980s.140 While little information can be confirmed about Jordan Mijalkov’s activities in Prague, his son Saso, while holding a post of secret police chief, failed to disclose assets, including real estate worth around US$2 million and links to many construction companies, in which his partners, including the Sparavalo brothers, Dejan and Vojislav, held interests, GI writes, citing an OCCRP report.

Mijalkov is currently in the news in Macedonia for his apparent informal coalition with SDSM party leader Zoran Zaev, under which he tries to cause disturbances in his former party VMRO-DPMNE, as well as for the attack on an investigative journalist. The report also notes the heroin trafficking ties of Albanian guerrilas in the region, including groups that are active in Macedonia. It lists Macedonia as a storage country for heroin that is being transported toward Western Europe. It also points to the recent large cocaine bust near Spain which was organized by Macedonian smugglers.