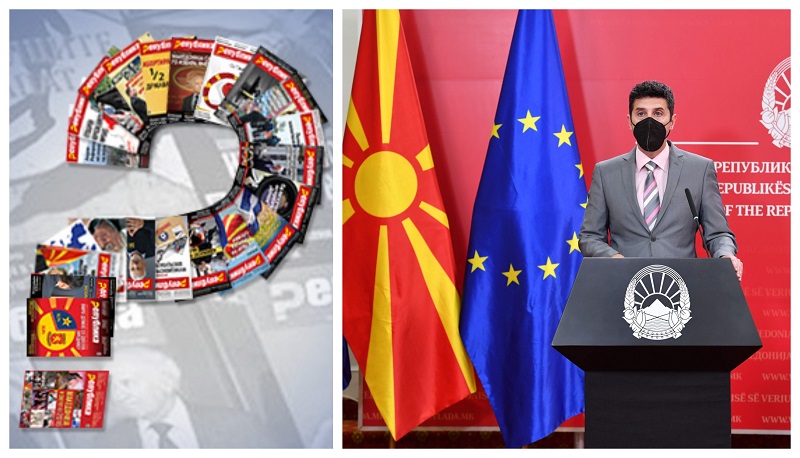 After Government spokesman Dusko Arsovski failed to respond to an email from Republika, we are forced to conduct our communication in public.

Republika is deeply revolted by the way in which we were maligned and labeled by the Government spokesman, using the official Twitter account of the Government. Arsovski did this on Monday, when he shared a comment from the head of the UJP tax authority Sanja Lukarevska, adding serious qualifications on the count of Republika.

Individuals were singled out, personally degraded, with a completely fake news report. This type of witc hunt is what we were warning about. This is not an investigative report, this is a malevolent lynching by a political actor in our society. STOP the witch hunts!, Arsovski wrote.

The reason for this attack on Republika was a brief news item in which we noted that a person from the list part-time advisers and hires by the Government, a list which the Government tried to keep secret, was also the recipient of a 100,000 denars award by the UJP tax authority after he was submitting fiscal receipts as part of a lottery meant to reward consumers who seek tax rebates.

Dejan Smilevski was hired by the Government to provide IT services, and also won a reward. Republika simply asked if this is the same person, as many on social media have speculated and noted that he was a “very lucky” guy.

Nothing in what we reported is factually incorrect. We asked if this is the same person. We noted that he won an award. We informed the public that he received 500 EUR per month for providing IT services to the Secretariat of the Government.

We ask the Government to tell us where did we engage in a witch hunt? Why should the Government be offended if we publicly ask whether the Government employee is the same person who was given a sizable award? The Government is obligated to respond, and not to turn our questions into an attack on us. The Government has no right to label media outlets and journalists. If we reported something that is factually incorrect, it has the right to issue a retraction, which we would be happy to publish, as we have done in the past. Instead, the Government uses its official Twitter account for unsubstantiated attacks on the press.

Republika demands an apology from the Government and demands that it stops its lynching of a number of media outlets. If we do not receive an apology, we will be forced to seek other options.

Census postponement not considered: Protocols are guarantee of safety

Osmani says there will be an Annex to the Agreement with Bulgaria, the government spokesman denies it

Partisan justice: Judge accepts Republika’s arguments in our slander case against Mayor Silegov, but still finds in his favor