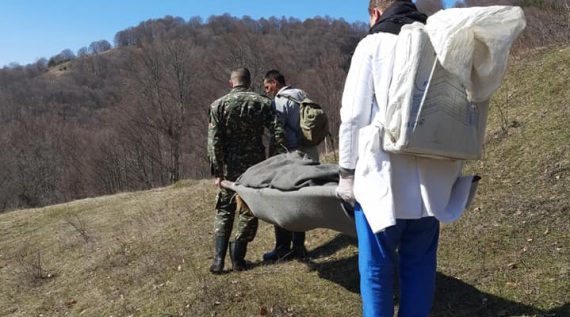 The authorities have found certain omissions and violations of the procedures in the work of the rescue services while providing transport of the frozen shepherd in the village of Emirica in Kratovo, who died yesterday in the Stip hospital. Rescuer requests for helicopter evacuation were denied and a doctor, nurse, driver and several relatives had to carry the badly hypothermic man for five hours through snow and rugged terrain, until they reached their terrain vehicle.

The director of the Crisis Management Center (CMC), Stojance Angelov, said that the work of the commission for clarification of the case in the past two days showed weaknesses in the entire crisis management system, and if the fault of any of the participants in the whole procedure is found, they will be held accountable.

At this moment, I can say that the Commission has concluded that the rescuer in Kratovo didn’t request a helicopter and the Directorate for Protection and Rescue was not notified, and that is a violation of standard operating procedures and disciplinary proceedings will be initiated for that. At the same time, I, as the director of the CMC, was not informed by the hierarchical superiors, because if I had known about this event, I would have asked for a helicopter to be included in the evacuation of the person, said Angelov, who submitted requests to the Ministry of Health, the Ministry of Interior and the Ministry of Local Self-Government to answer questions to clarify the case.

The injured shepherd who was denied helicopter evacuation has died