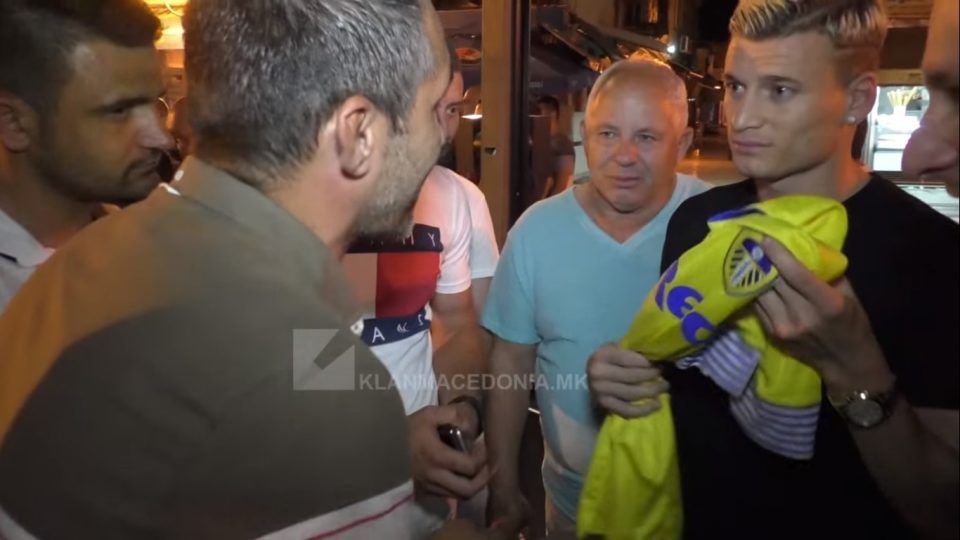 Oliver Nikoloski, owner of the La Strada restaurant in Prilep, shared his version of events related to football player Ezgjan Alioski, who claims that he was refused service because he was speaking in Albanian.

– We had reservations for a large group of bikers from Kavadarci, who required several tables. Alioski and his party sat at one of these reserved tables. They were told that they will have to get another table, because the reservation is due in half an hour. They were not insulted, they were not told to leave the place and they were not kicked out. Probably due to the difficulty in understanding us, in Macedonian, a misunderstanding occured. I apologized three times, but it was in vain, Nikoloski says.

Alioski visited the restaurant after the incident to make amends with the owner and gave him a Leeds jersey.

Meanwhile President Stevo Pendarovski raised the incident as a political issue and wrote a Facebook post defending Alioski from discrimination. “I’m sure that a large majority of our citizens can differentiate based on good or bad and not based on which language we speak or how we pray or look”, Pendarovski wrote. Albanian media outlets in Macedonia also raised the incident as evidence of discrimination against Albanians.

Following an incident, Leeds winger Alioski makes amends with the owner of a Prilep restaurant