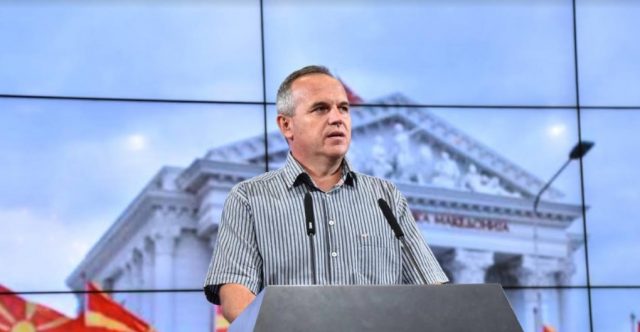 Some of the eight VMRO-DPMNE MPs have been put on the SDSM-BESA coalition lists. Earlier, SDSM Secretary General Ljupco Nikolovski announced this during an interview with TV Sitel.

We are open political structure that in 2016 has shown and proved that some of the places we really reserve for the civil sector, intellectuals who are important to society, who participate and want to incorporate in the changes. So, besides for all intellectuals, for all individuals, I also include the possibility of having some of these MPs on the lists, said Nikolovski.

So, MPs Panco Minov and Zekir Ramcilovic who were on the VMRO-DPMNE’s coalition partners’ lists in the 2016 election are now on the SDSM lists. Minov and Ramcilovic voted in Parliament for the country’s name change after changing their party coalition amid Zoran Zaev’s mandate. Minov got the 5th place on the list in the fourth election district while Ramcilovic 10th in the third election district.