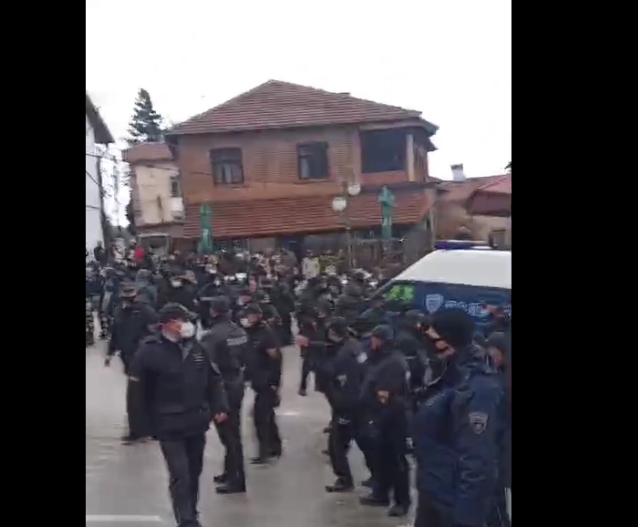 Strong riot police forces have descended on Vevcani to attempt to prevent the holding of the ages old Vasilica carnival. The large village in south-western Macedonia holds a carnival to honor St. Basil that has its roots to the pre-Christian era, and is a major draw for tourists.

Local authorities said that despite the coronavirus threat, the carnival will go ahead as always, with a call to have the already masked participants maintain social distance. But today locals are sharing footage of police units entering the village and preventing the carnival.

The event also has strong political undertones, and besides masks of demons and spirits, the carnival goers also lampoon current political events. In 1987, before the break-up of Yugoslavia, a heavy handed attack by the police to disperse villagers protesting the move to take away their water rights caused outrage across the federal country and is still remembered as a pivotal point in the path toward political change. Vevcani even declared a mock independence, and began issuing its own currency and passports, to ascertain its sovereignty.

The Group of States Against Corruption of the Council of Europe (GRECO) published the second report on the evaluations of the measures taken by the Macedonian authorities in English, in French and in MK with an asterisk. In the explanation of the star, it is written that it is an unofficial translation,...
Macedonia 05.07.22 | 15:24