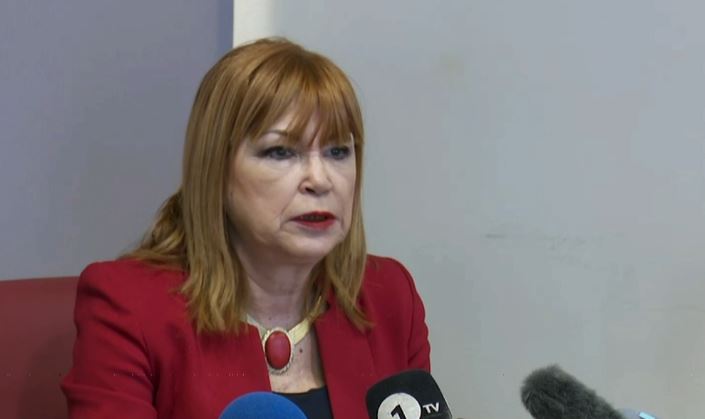 Organized crime prosecutor Vilma Ruskoska, who led Monday’s move against Bojan Jovanovski – Boki 13, which brought down Special Prosecutor Katica Janeva amid allegations of corruption, said that there is a number of businessmen who reported they are facing extortion. Janeva and top SDSM party officials are suspected of providing political backing and even wiretaps to Boki 13, who was blackmailing businessmen and is now charged with extorting 1.5 million EUR from one of the richest Macedonians, Jordan Orce Kamcev.

We have information about other cases of extortion. I can’t say how many of them right now. These people came and gave their statements and we are currently providing evidence to back their claims, said Ruskoska.

Prime Minister Zoran Zaev, who had a close relationship with Boki 13 and especially with Katica Janeva, also said that he had businessmen approach him and report they are being blackmailed.
One of them is Zoran Azmanov, a real-estate developer in Skopje, who accused Boki 13 of demanding a bribe of 50.000 EUR, or an apartment in one of his buildings, in exchange for not running a report that would be critical of his company.

Boki 13 was using his ties with the former Secretary General of the SDSM party and other powerful figures such as the director of the Financial Police, Special Prosecutor Katica Janeva, her son Lazar Janev who Boki hired as marketing director straight out of university, and I spoke about this six months ago. It is now all confirmed. The institutions of the state, the Financial Police, the Special Prosecutor’s Office, they were working together with Boki 13 allowing him to engage in racketeering, Azmanov said. He added that the group was involved with rival, Albanian real-estate developers, and was trying to run him out of his business.

Other businessmen denied being racketeered. Ratko Dimitrovski, the former Mayor of Kocani and owner of the Evropa 92 printing press, was the target of an investigation initiated by Katica Janeva, and it was reported that he paid 500.000 EUR to Boki 13 to get Katica Janeva to go easy on him. Dimitrovski said that he hasn’t seen such amounts of money, and that he doesn’t advertise with Boki 13’s 1TV television, which was one of the ways in which the group was extorting money.

Prosecutor Ruskoska called on the businessmen who were targeted by the group to step forward and detail the extortion attempts. It is believed that Jordan Kamcev recorded Boki 13 and his accomplice, Zoran Mileski, as they would come to his home and demand money. In this, Kamcev allegedly had the support of a foreign country.