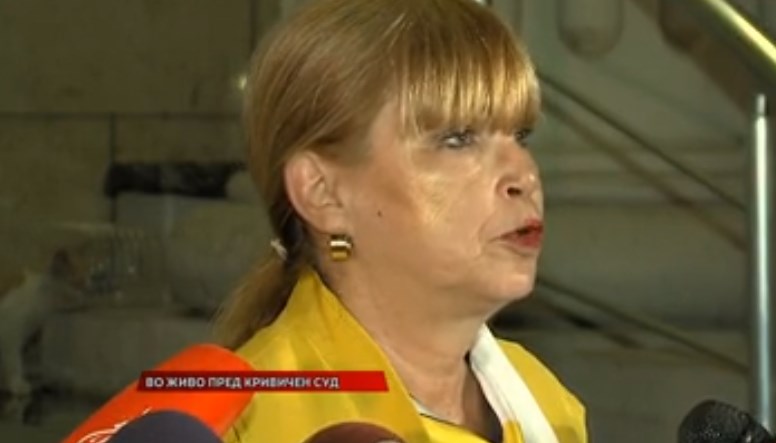 I do not know what my colleague told you, but I know how I have called her – as a person from whom necessary reports are being collected, prosecutor Vilma Ruskoska told reporters after special prosecutor Katica Janeva’s questioning at the Criminal Court.

The prosecutor said she had given her colleague a chance to give her point of view, so she called her to the prosecution yesterday. Asked by a journalist what her “point of view” means, Ruskoska replied:

The case is too exposed to the public, a lot of things went public and I just wanted to hear what she had to say first. I did not question her as a witness, but as a person from whom necessary information was collected. I do not know what she said, I tell you in what capacity I was questioning her.

Before leaving the Criminal Court, Ruskoska did not know whether Janeva had already been taken to the Sutka prison or was still in court.

Ruskoska to Boki: This is a courtroom, not a theater stage!