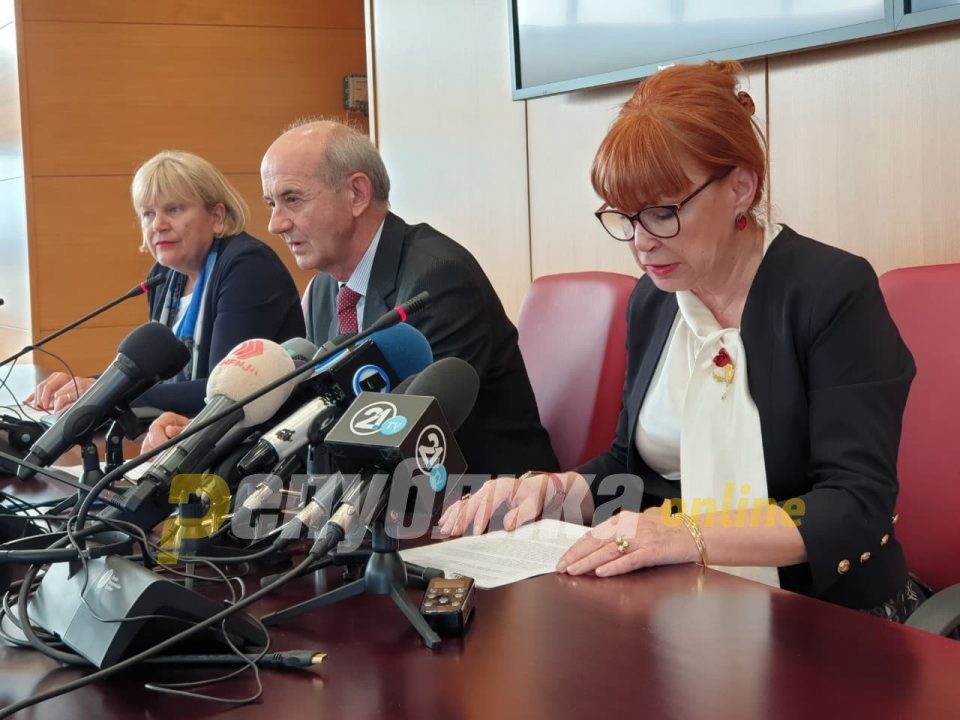 Prosecutor Vilma Ruskoska, who led yesterday’s charge against Katica Janeva, revealed today that she posseses audio and video evidence against two suspects, but not Janeva.

Ruskoska revealed the charges against Bojan Jovanovski – Boki 13 and his accomplice Zoran Mileski – Zoki Kicheec, charged with extorting 1.5 million EUR from businessman Jordan Orce Kamcev, by promising him that they’ll get Katica Janeva to drop her charges against him. Janeva is not charged, but had her phone seized, at least the one she produced for the police. Ruskoska emphasized that currently she has no evidence about Janeva, but is open to expand the investigation her way.

If we receive hard evidence, then the investigation will definitely be expanded. But, right now I would not speculate on that, Ruskoska said.

It is widely presumed that Kamcev recorded Boki 13 and Zoki Kicheec in his home, possibly with a court approved warrant, as they were discussing their offer to get Janeva’s case against him dropped.

Ruskoska chided Janeva for resigning a mere hour after the news of Boki 13’s arrest broke, saying it threw a bad light on the Special Prosecutor’s Office, as most of the prosecutors there distanced themselves from Janeva today.

I think the timing was poorly chosen. Right now we have some connection between our main defendant (Boki 13) with a prosecutor, but we have no evidence whether there was actual influence or if money changed hands, Ruskoska added.