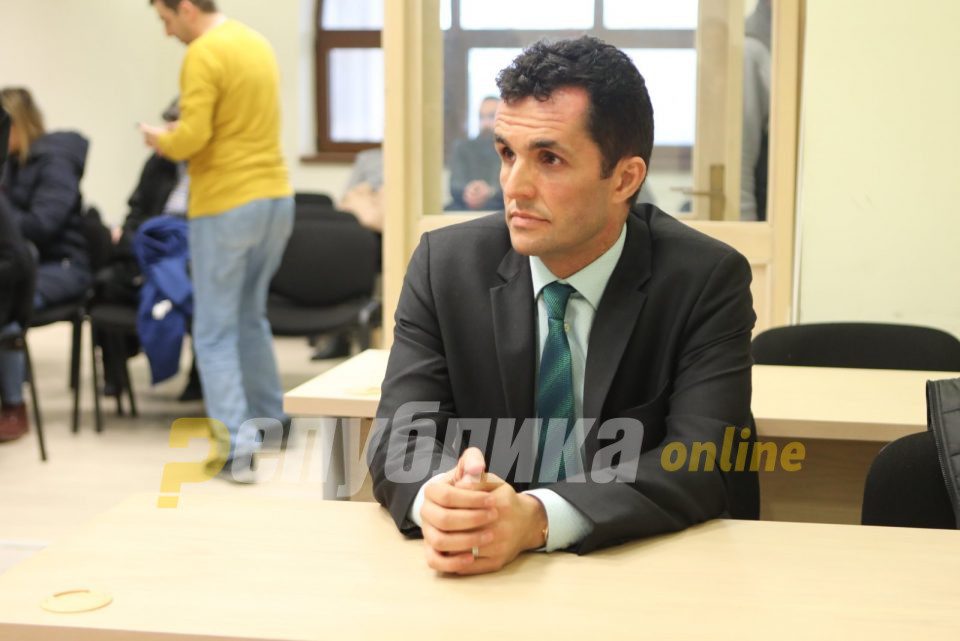 He noted that the Postenska banka case was formed from the wiretapped materials and there was a proposal for the detention of three persons, but the court did not accept it and ordered only precautionary measures and confiscation of passports.

Then there was a proposal to freeze the properties of Glavcev and Dimitrovski. Rustemi noted that then Special Prosecutor Katica Janeva demanded that an apartment owned by Glavcev is not frozen because it had been sold to a friend of hers and it would only cause damage.

Janeva then demanded that Glavcev’s passport be returned in exchange for guarantees of one million euros worth of machines, the prosecutor said.

Prosecutor Smakjoska asked Rustemi how he felt when he found out about Janeva’s intentions and sincerity, after which he replied that after talking to Lile Stefanova they learned that the apartment might be owned by Saso Vasilevski.