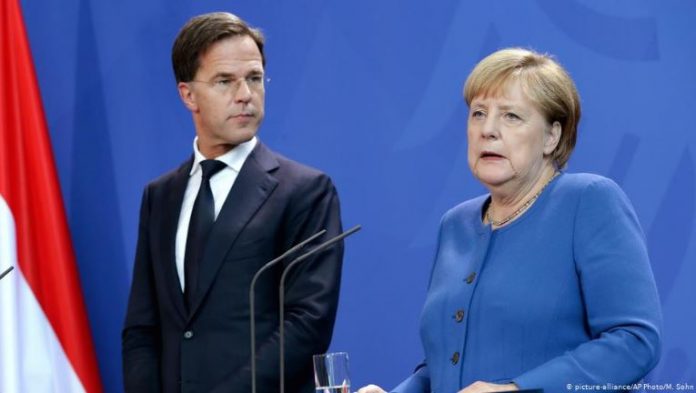 The Netherlands is less concerned about North Macedonia and more about Albania regarding the decision to deliver a date for the start of EU accession negotiations this fall, said Dutch Prime Minister Mark Rutte after a meeting with German Chancellor Angela Merkel on Wednesday, but according to the meeting protocol, EU enlargement was not on the agenda.

At a joint press conference with Merkel, Rutte was asked about his country’s position on the subject. He says that his country and other EU member states are more concerned about Albania, and less about North Macedonia, Deutsche Welle reports.

We wonder how much progress has been made in Albania, and therefore we have more concerns. We will discuss this with the European partners in the coming weeks as we are really concerned about the extent of progress made. North Macedonia has achieved more than Albania, but we will talk about it, Rutte said.

In June this year, the Dutch parliament had already voted against the start of negotiations with Tirana, and had previously demanded the suspension of visa-free travel with Albania, giving the green light to Skopje.

German Chancellor Merkel did not comment on the subject, but the Bundestag last week gave the government a green light to start negotiations with both Macedonia and Albania.

With the exception of the Netherlands, the issue of France’s position on the decision to be made in the middle of this month remains open. In France, President Emmanuel Macron is awaited to personally decide whether to give the green light to the two Balkan states.