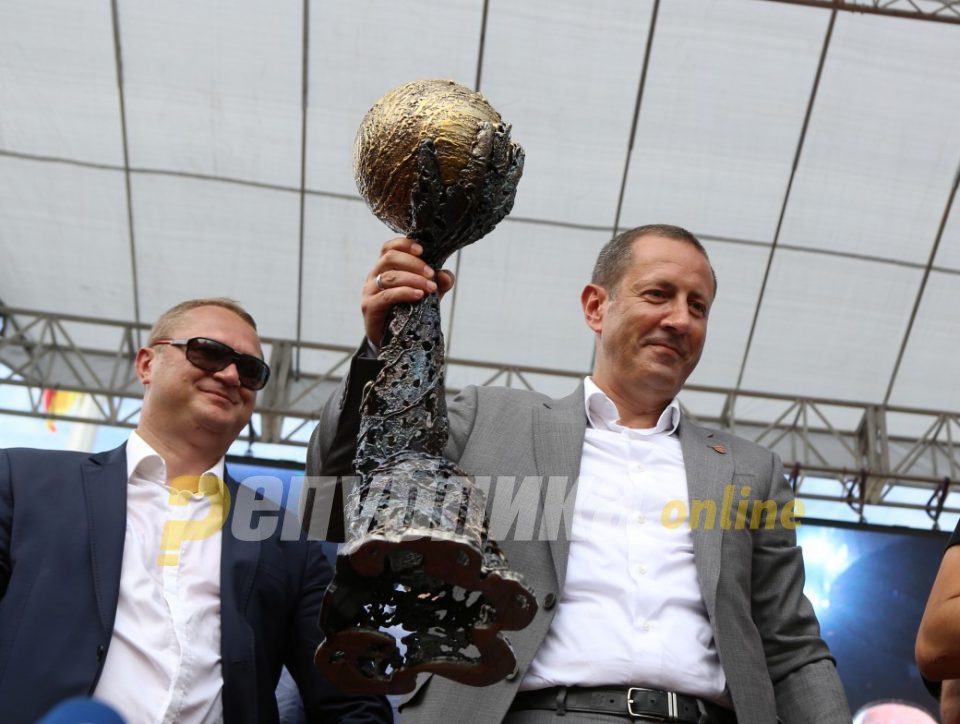 Russian businessman Sergey Samsonenko brushed aside fears that he will leave Vardar to fend for itself, and promised that he is going for a third EHF Champions League title. Samsonenko shocked the fans several months ago when he announced he is leaving the team, but frantic attempts to get him to stay, and add on additional financial supporters, kept the team together and produced the spectacular win in Cologne.

Why are we talking about the end of Vardar? Why are we listening to people who don’t know how things stand in Vardar? Nobody knows the real situation and all we get is rumors, manipulation. The only fact is that we won the second title in three years. Not bad. We could’ve gone three out of three, but now we go three out of four, Samsonenko said.

Samsonenko was exposed to strong political pressure from the Zaev regime to leave the country, after Zaev openly accused Russian interests of working against his push to rename Macedonia.

Samsonenko was also accused by pro-Zaev media outlets of supporting the previous, Nikola Gruevski led Government, a situation which Gruevski himself noted in his message congratulating Vardar. With its string of victories, in face of adversity, and especially with the uncompromising tone team captain Stojance Stoilov took toward the imposed name “North Macedonia”, the team turned into a beacon of Macedonian pride and defiance.