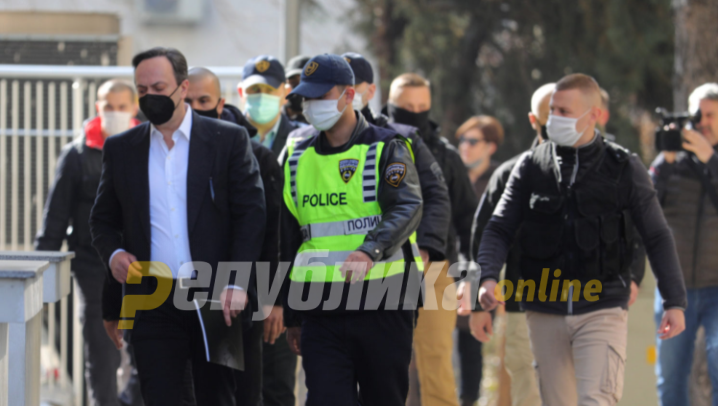 He was not gone, but he did not escape, but was probably in the buildings near the house, owned by the Eksiko company, in which Saso Mijalkov lived.

say the key findings of the prosecution’s pre-investigation into the two-day disappearance of the former secret police chief, who was wanted by the entire police, and an international arrest warrant was also issued.

Prosecutor Lence Ristovska, who led the pre-investigation, found no evidence that anyone told him what was being prepared, which means that no one is prosecuted and held accountable.

It is not clear how the fugitive managed to avoid the police chase and go from Vodno to the court building.

Although the defendant was unavailable to law enforcement, he voluntarily reported himself. With that, the criminal legal element of the criminal acts of abuse of official position and authority or negligent work in the service was dropped, said the prosecution.

After the failed hiding, Mijalkov went to the Sutka prison on February 23rd and is still there despite offering around 11m euros in property bail to get out of jail. In the meantime, he received two prison sentences of a total of 20 years in the Fortress/Target and Treasure cases.