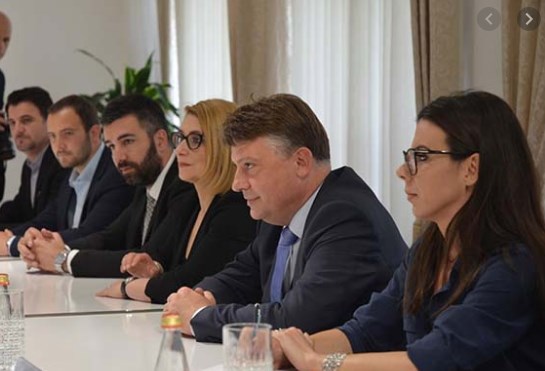 The Armor Plus company, which was contracted by the city of Skopje to buy a new firefighting truck from Hungary and was paid twice more than the vehicle is actually worth, has won numerous other contracts with the city, VMRO-DPMNE official Vladimir Neloski revealed. The company, Neloski added, is owned by an in-law of Viktorija Madic Avramovska, secretary of Mayor Petre Silegov.

The truck, paid 1.7 million EUR when the same vehicle was purchased by the city of Zagreb for just 800,000 EUR, is only one of the suspicious deals awarded to the company. Since Silegov was elected Mayor in 2017, the company won contracts worth a total of four million EUR from the city and other public institutions.

Madic was recently also in the news after she was reportedly recorded ordering a lawyer who had a contract with the city to hire two SDSM party members in his office.