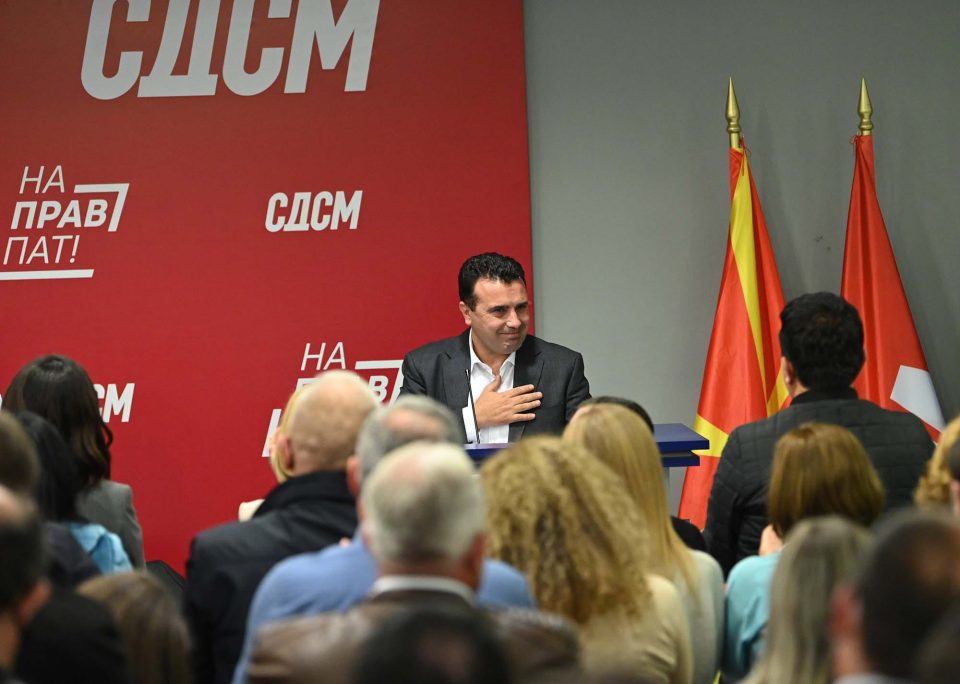 An activist of the SDSM party from Tetovo issued a appeal to Zoran Zaev to protect her crony municipal job, and with that became the internet sensation for the day in Macedonia.

Silvana Antovska was apparently hired as a part time employee of the Tetovo city hall, which was led by a coalition of DUI and SDSM. But DUI Mayor Teuta Arifi lost the elections to BESA party leader Bilal Kasami, who promptly announced that he found over 350 employees who received salaries but never came to work, and is severing their contracts. In her message, Antovska is angry at Zaev for not having her part time contract permanent, that would have protected her from the new Mayor.

I told you in my SDSM party that we need permanent contracts, but you didn’t care. Well today, after three years of working in the Tetovo city hall, Bilal Kasami terminated our contracts that were about to expire on December 31st. Now we are on the street, jobless. Prime Minister Zoran Zaev, you need to urgently sack your local party officials. Right now!! And take care of me, give me a job, Antovska wrote to Zaev. 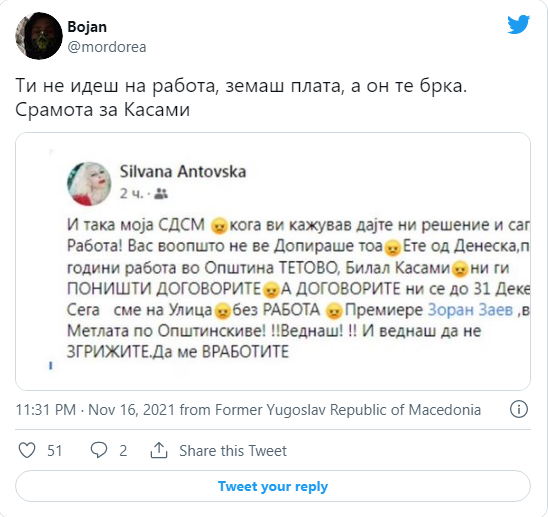 The post was met with scorn by other social media users, who blasted Antovska for being an unashamed recipient of a public sector job for her party affiliation, and demanding that this crony arrangement is made permanent. As SDSM (and to a lesser extent DUI) suffered a string of local election defeats, every day newly elected mayors announce that they have found dozens or even hundreds of municipal employees hired for their party loyalty, who were exempt from going to work. Zaev has been known to respond to such public social media demands for jobs and perks, but with the political fortunes of his party on a downward slope, he is no longer in a position to reward his loyalists like he used to.