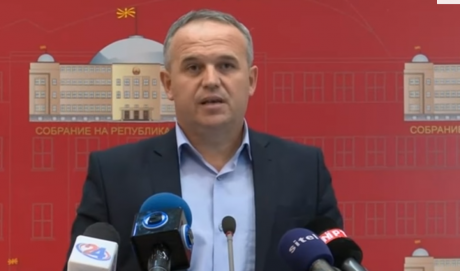 The ruling SDSM and DUI parties have proposed Zekir Ramcilovik from the Bosniak Cultural Unification party, a member of Parliament originally elected on the VMRO-DPMNE ticket, to be the next Deputy Speaker after Vesel Memedi from the Albanian National Democratic Renewal resigned.

Ramcilovik informed the group of eight former VMRO members of Parliament, who he sat with, that he is withdrawing. The group was expelled from VMRO-DPMNE after they voted in favor of renaming Macedonia. Most of them faced tactically used criminal charges which were used for blackmail, and others received lucrative public contracts after they voted for the name change. Ramcilovik was rumored to be pressured by the criminal charges filed against his close political ally, businessman Seat Kocan and with his nomination today he is likely completing his move toward the ruling majority.

Another Deputy Speaker is out of commission – SDSM’s Frosina Remenski is in house arrest after she was charged with racketeering in the major scandal revolving around disgraced Special Prosecutor Katica Janeva.