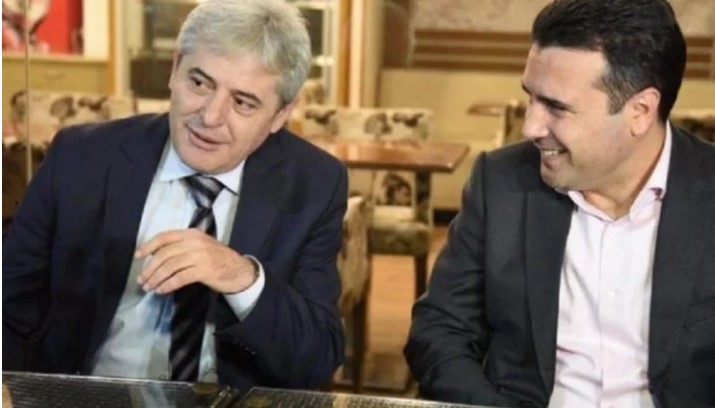 SDSM and DUI issued a press release stating that they have agreed in principle the policies of a future Government. The statement indicates that the two parties are close to agreement on renewing their coalition.

According to the press release, the two parties will work toward a four year term for a stable Government, that will be focused on the EU integration of Macedonia and on the NATO membership. The Government would fully respect the treaties the previous SDSM – DUI coalition made with Greece and Bulgaria and the 2001 Ohrid peace treaty.

The parties also said that they will institute a system to examine the origin of property of politicians and whether it can be explained by lawful earnings or if it is the result of corruption.

The leaders of the two parties, Ali Ahmeti and Zoran Zaev, met yesterday, and their top confidants Artan Grubi and Ljupco Nikolovski were pictured at a meeting today.

SDSM and DUI would together have bare minimum of 61 seats that are needed to form a Government, and they can hope to draw in additional votes, such as the one member of Parliament from DPA.