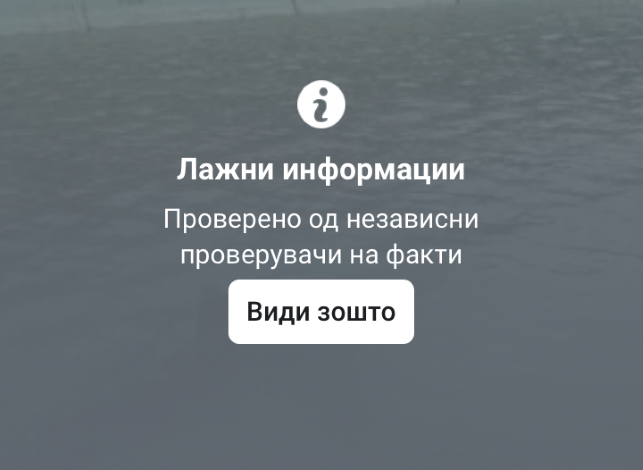 The ruling SDSM party announced it is launching another campaign to fight misinformation. In her remarks, SDSM spokeswoman Bogdanka Kuzeska immediately announced that the unspecified measures will again be aimed at critical media outlets, using the coronavirus crisis as an excuse.

The plan for crisis communications is prepared between the central communications service of the Government and the ministries who have fought against fake news which are mainly sent by media outlets with suspicious funding and close to the opposition VMRO-DPMNE party. These tendencies can be seen today, linked with the Covid-19 vaccine, and their goal is to build mistrust among the citizens, insecurity and panic, and to devalue the strong efforts of our institutions and doctors. These efforts will be fought against with the help of fact-checkers and the media will be given the most transparent source of relevant information, the SDSM party spokeswoman said, in a comment that blurred the distinction between the ruling party and the Government. 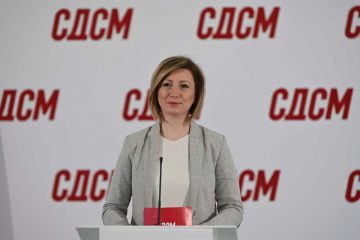 The Zaev regime is currently under strong criticism after it failed to provide vaccines. Neighboring countries such as Bulgaria and Greece are already vaccinating their most critical personnel, as is Serbia, while Albania announced that it secured a large shipment of Pfizer vaccines. Zaev said that he secured 800,000 Pfizer vaccines, some of which will arrive in February, but his Healthcare Minister Filipce refused to say how many. The Government is desperate to steer the public’s attention from this failure, which is its second major defeat in a critical area in a matter of weeks, after the Bulgarian veto blocked its EU integration hopes.

Kuzeska insisted that the Zaev regime has the support of NATO in this push, mixing up cyber attacks and critical media reporting. “We have finalized a procedure for a memorandum of cooperation between our Defense Ministry and NATO in the field of cyber defense. This memorandum will allow a coordinated response by all allies in cases of cyber attacks. Our state has great support from our strategic partners in the fight against fake news and misinformation which are aimed at the entire world”, Kuzeska said.

The Zaev regime has tried this approach toward silencing critical media outlets before. It announced strict new rules to control media outlets after Zaev was pranked by two Russian hoaxers and apparently spent months talking to them and disclosing issues relevant for regional security – until the Russians got fed up and decided to publish the recordings just to get him to stop texting them. At the time, Zaev’s PR adviser Marjan Zabrcanec announced plans to close down the Government briefings for critical media outlets and again a plan to use “fact-checkers” and NGO groups close to the Government to remove articles from the social media. Another attempt was made with the onset of the coronavirus epidemic, and the Government was roundly criticized for its attempt to restrict the ability of critical outlets to ask questions. Journalists from outlets such as Lider and Infomax faced criminal charges and even a suspended sentence merely for reporting on Zoran Zaev’s involvement to the major Racket scandal.

VMRO-DPMNE responded to Kuzeska’s comments, stating that the country is facing economic collapse and major criminal scandals and that SDSM’s response is to dose the flow of information.

The Government is tightening the screws on the media outlets and only supports those that work in favor of Zaev and SDSM. All other outlets are kept in fear and uncertainty and some face direct threats. Macedonia is unique in that its journalists face draconian sentences for what they write. This is dictatorship, VMRO said.

Meanwhile, NGO groups linked to SDSM, which were supportive of Zaev’s 2015 Colored Revolution, as part of the broader network of the Open Society Foundation, are being placed in position to “fact check” comments on social media accounts. The reports, in the case of Facebook, which is a main driver of traffic toward news sites, have since predictably been completely one-sided. The one instance when a news site linked to SDSM was reported was when its reporters got into a personal argument with another SDSM linked journalist.