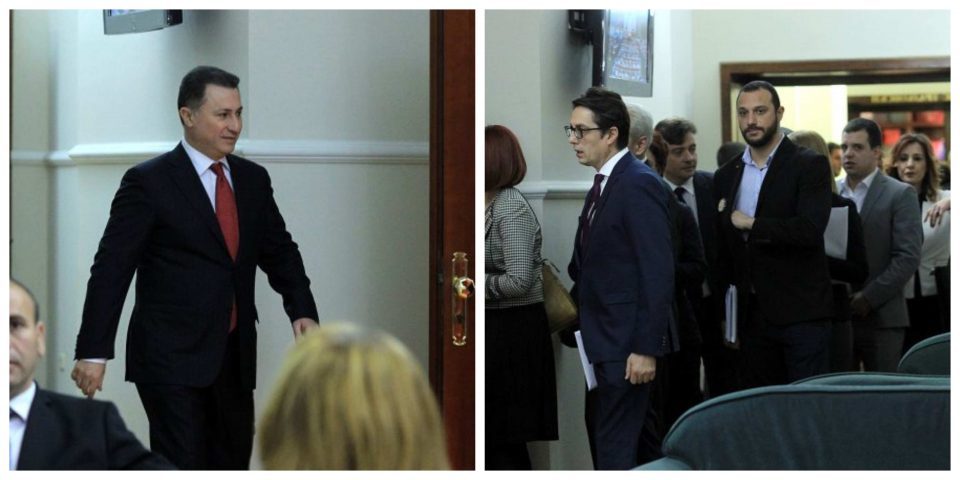 The attempt by the ruling majority in Parliament to strip Nikola Gruevski from his mandate is derailed by divisions and legal gray areas inside the legislature, PressingTV reported. Parliament rules allow a member to have his mandate revoked if he is absent from the Parliament for more than six months, and if two thirds of all representatives approve the proposal.

Gruevski himself offered to resign and said he is submitting a written resignation from the Parliament, and with this he lifted his own party from being placed in an awkward situation to vote on his mandate. But, in an attempt to score political points, the SDSM led majority demands that the Parliament services refuse this request and that Grueski returns to Macedonia himself. The former Prime Minister and VMRO leader is in exile in Hungary, after facing numerous politically driven criminal charges by Government led prosecutors.

SDSM spokesman Kostadin Kostadinov announced the position of the party, saying that the resignation must be announced in person. This helps Kostadinov’s friend and Colored Revolution leader Pavle Bogoevski, who is in hot water after a leaked recording shows him ordering drugs, likely cocaine, from his dealer. Bogoevski promised to resign but insists to do so only after Gruevski is no longer member of Parliament. Bogoevski led the SDSM campaign to revoke Gruevski’s mandate, as he did in numerous other cases when opposition members of Parliament were charged by Zaev’s prosecutors. For Bogoevski, the protracted drama over Gruevski is now not only a chance to score political points daring the ex Prime Minister to come and face certain arrest, but also to prolong his own political career.