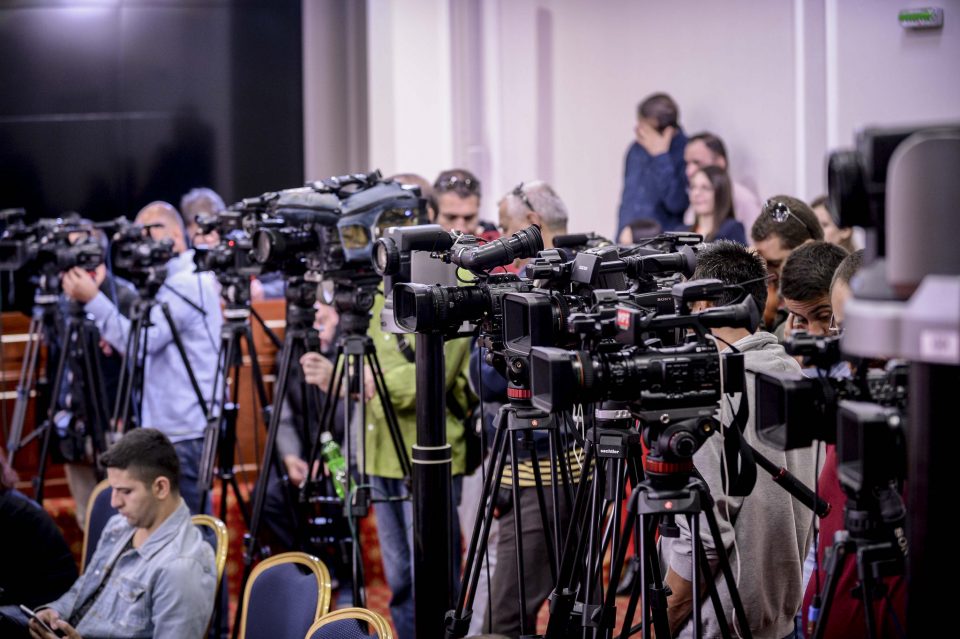 The SDSM party today called on state prosecutors to investigate the allegations that suspicious funding from Hungary ended in several media outlets in the country. The party claims that the money were ostensibly given to spread fake news and misinformation. According to the ruling party, these Hungarian funds are used to maintain a black propaganda against their successes.

Mickoski’s media are tasked to undermine the treaty with Greece and to negatively influence the NATO membership. This means that the mission of these media outlets and their suspicious Hungarian funding is anti-national and endangers the European aspirations of the country. The practice to corrupt media outlets was a trademark of the 11 year long regime of VMRO-DPMNE, SDSM said.

VMRO-DPMNE responded accusing SDSM and Zoran Zaev of corrupting media outlets. “Zoran Zaev is abusing the media and Macedonia is the victim of his hybrid regime. The 1TV television, which Zaev said is a pro-Government outlet, was turned into a tool to be used for racketeering, political pressure and extortion of millions of euros from businessmen. The Interior MInistry and the state prosecutors raided the Netpress news site on orders from Oliver Spasovski, simply because the outlet published suspicions that serious crime was being perpetrated by a top SDSM Government official”, VMRO-DPMNE responded.

VMRO-DPMNE also pointed to the criminal charges and what they called political persecution against editors of the Infomax and Lider news sites and the Alfa television, as evidence that the Government is afraid of the truth.

The ruling SDSM party dared attack the media outlets it can’t control. They are powerless to spread their influence over the critical media, which ahs pointed to the consequences of the SDSM policies. This moves comes a day after Zoran Zaev made an unfortunate statement in which he confessed that he was giving money to media outlets.

Whenever we talk about a marketing approach we talk about approaching everybody evenly. And we have also helped the 1TV channel, and Sitel and Kanal 5 TV, and in exchange we would get serious marketing availabilities through which we would present our policies. Look, I’m talking to you openly that this was a time when there was no evidence or indications and nobody came to me to present that something was going on, it was six months before the Racket scandal, SDSM leader Zaev said.

Zaev now is trying to silence the critical media. The ruling party issues threats to media outlets and demands that they face an investigation, all the while it admits that it was paying other media outlets, notably a media outlet that was involved in the hugely corrupt Racket scandal, and in exchange the outlet was promoting Government policies. As election day draws near, Zaev and SDSM increase their pressure, threats and blackmail aimed at the media outlets they don’t control. The goal is clear – to silence the media outlets who are working daily to reveal Government crimes.