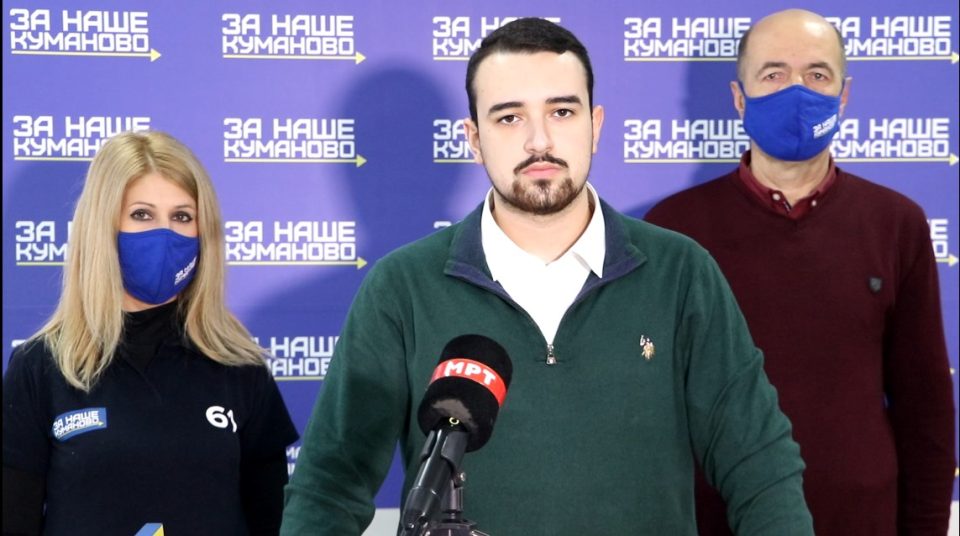 A female candidate supporting Kumanovo Mayor Maksim Dimitrievski was attacked by an SDSM official, Dimitrievski’s office informed today. Dimitrievski split with his former SDSM party and ran a successful independent campaign, for which he now faces police intimidation and several incidents have been reported between the former party comrades in the once SDSM dominated city.

Momir Petrusevski, SDSM candidate for the Kumanovo Council, yesterday assaulted our female candidate Hristina Aleksovska, while she was distributing election materials. He forcibly took the material from Aleksovska’s hands and destroyed it in front of her. The SDSM campaign brutally assaulted a woman. Is this how you intend to win elections?, said Nikolaj Pavlovski, an official from Dimitrievski’s campaign, during a press conference.

Dimitrievski is running against Oliver Ilievski, a hand-picked candidate of Interior Minister Oliver Spasovski, who has put police resources at his disposal. Two days after his narrow victory in the first round, Dimitrievski was stopped by a police patrol, for an alleged traffic violation, and days later an SDSM council candidate and his father attacked a candidate from Dimitrievski’s list.