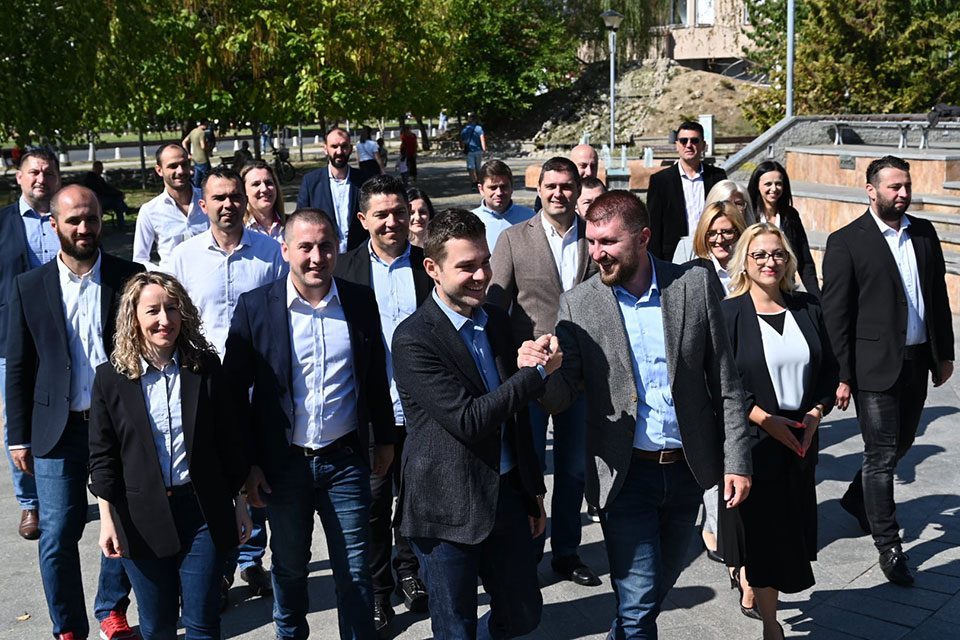 The enormous local elections victory for Macedonia is largely due to the complete collapse of the SDSM party in the capital Skopje. While VMRO largely held its share of votes from the 2017 elections – which VMRO badly lost – SDSM saw its numbers halved or even worse.

Nowhere is the difference so stark than in Aerodrom, the large urban district that went for SDSM in 2016 and 2017, but quickly soured on Zoran Zaev. Now VMRO will have 14 seats in the Aerodrom council, and a complete majority, against 8 seats for SDSM. The populist Levica party won solid 5 seats.

The victory margin in Aerodrom is 10,000 votes. It’s never happened before. The difference in Kisela Voda is 7,500 votes, 8 or 9 thousand in Gazi Baba. We’ve never seen such numbers, said former VMRO-DPMNE member of Parliament Ilija Dimovski.

The total difference in the capital Skopje is 25,000 votes, and that amounts to about half of the winning margin of VMRO across the country. In a majoritarian electoral model which is used to elect mayors, these results amounted to a wave election for VMRO and disaster for SDSM.