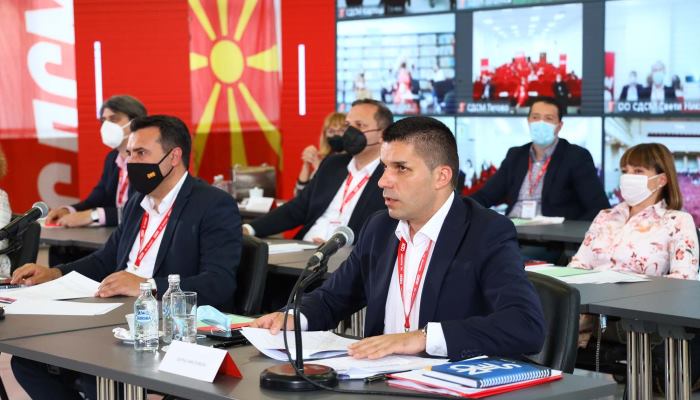 The ruling SDSM party completed its congress and the selection of its new leadership by retaining Zaev loyalist Ljupco Nikolovski as the party’s Secretary General. Nikolovski is also Deputy Prime Minister in charge of fighting corruption.

The main change in the online congress that took place yesterday was the change in the deputy leader position, which was instituted to unify the elitist, Skopje wing of the party with Zoran Zaev’s more rural faction. Radmila Sekerinska, who was deputy leader under Zaev since 2013, did not seek a new term, and was replaced with Sanja Lukarevska – the current head of the UJP tax authority.

Zaev also elevated Healthcare Minister Venko Filipce, who has been growing closer to the Prime Minister in the past months, among the four Vice Presidents of the party.