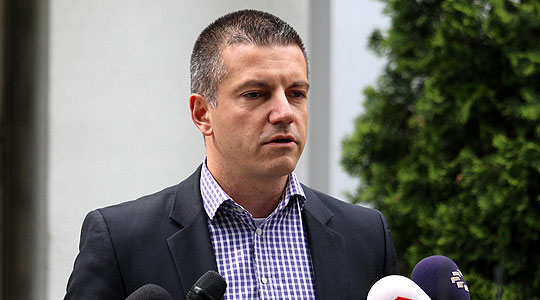 Public Administration Minister Damjan Mancevski accused the citizens and the Christian faithful of Struga for the latest spike in the coronavirus epidemic, reheating the cultural war that has been brewing over the epidemic. Mancevski could not provide any evidence for his claim, that was echoed for weeks by many commentators on the left.

Struga held the annual procession on St. George’s Day, when relics of the Christian saint and a greatly valued wonderworking icon were taken through the city streets, followed by over a thousand faithful. Many did not wear masks, and this prompted outraged comments from the left. The church shared video showing that the procession did follow other recommendations, such as keeping distance between participants, and two weeks later there is no spike in coronavirus cases in Struga, which had previously already been hit hard given that some of its outlying villages have many emigrants working in Italy. 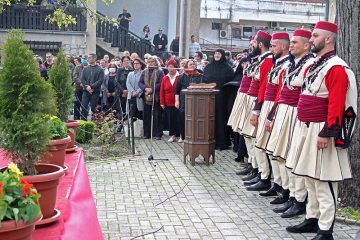 Still, the narrative remained, and SDSM officials, including party leader Zoran Zaev, demanded that the opposition nominated Interior Minister Nake Culev resigns because he didn’t order the police to break up the important religious event. The opposition VMRO-DPMNE party pointed to the lack of evidence that the procession affected public health and accused Mancevski of spreading fake news about the event for political gain.

The numbers of newly diagnosed cases have been growing, but mainly in clusters in Skopje and Tetovo, which seems linked to a different religious practice – the Muslim iftar dinners held each evening which often draw large crowds. Mancevski did acknowledge that the month of Ramadan has also influenced the spread of the virus, and as the main feast approaches, it is likely that SDSM will again demand police action against the faithful – this time on the Muslim side. The Islamic Community of Macedonia shockingly pressured the Government for money before it allowed that the mosques are closed in April, and re-opened them a month later.

But the level of outrage coming from the left has been far lower in this instance, reflecting the growing political clout of the Muslim vote for the SDSM party. Conservative officials, most notably the VMRO-DPMNE party’s presidential candidate Gordana Siljanovska, called for respect for the right of the Muslims to honor their tradition and for a softer approach, just as they asked that Christians are allowed to responsibly honor Easter and the feast of St. George. But on the left, the approach has been one of very selective, and apparently politically motivated, outrage.