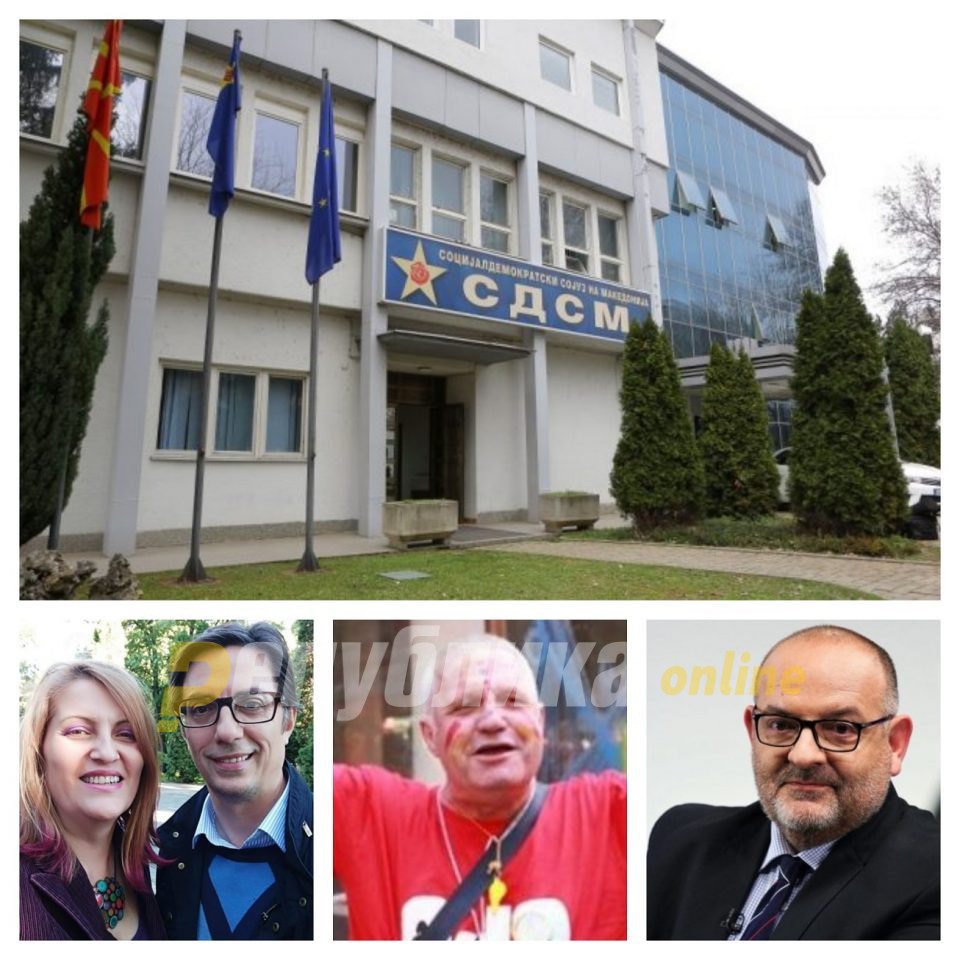 The ruling SDSM party condemned the horrific anti-Semitic comment from journalist Branko Trickovski, who is an outspoken supporter of SDSM. In a broad comment, SDSM called for higher standards in public expression. Party spokesman Kostadin Kostadinov was pressed in more detail and insited that Trickovski has no formal link to SDSM while supporting calls that he is investigated for hate speech.

But the condemnation can’t obscure the fact that the ruling party has surrounded itself with a long list of people who are engaged in ugly, hateful rhetoric against its political opponents, which compliments its campaign of persecution of the opposition which includes arbitrary arrests and trials, as well as physical attacks.

Trickovski’s latest hateful comment was condemned by the Macedonian Association of Journalists (MAN) but not by the ZNM association, which is seen as close to SDSM. Other left wing institutions, which are usually the first to demand arrests of conservative commentators, were also silent about his comment that Rasela Mizrahi, the first Jewish member of a Macedonian Government, was “eating hummus made of dead Jews”.

As a former journalist with the Utrinski Vesnik, Trickovski was regarded as a prominent member of the left leaning journalist circle, and has frequently disguised his hateful rants as art. He has been a strong supporter of SDSM’s campaign of persecution against the opposition, carried out through the Special Prosecutor’s Office, whose members would frequent Trickovski’s public events. His recently published collection of editorials was promoted by SDSM presidential candidate Ljubomir Frckoski, Zlatko Teodosievski who was the culture adviser to Prime Minister Zoran Zaev and Besa Arifi – adviser to President Stevo Pendarovski.

Trickovski’s latest comment points to the growing problem of anti-Semitism on the left, which was evident almost as soon as Mizrahi was appointed to the department, and replaced the darling of the far left Mila Carovska. A Muslim spokeswoman for the Ministry who was hired by Carovska said that Mizrahi should wear the star of David and other outspoken SDSM activists, who like Trickovski were prominent in the 2015 Colored Revolution, used equally ugly comments against the new minister.

The SDSM party didn’t distance itself from its activists Mersiha Smailovic, Vidana Boskova and Ljubisa Sulimanovic who were involved in the campaign against Mizrahi. The newspaper Sloboden Pecat, which carries Trickovski’s comments, also ignored numerous calls that it distances itself from Trickovski. The paper, set up by an adviser to Prime Minister Zoran Zaev, is one of the main recipients of public subsidies, as well as other, controversial sources of public funding, which makes it directly linked to the Government.

The Government gave 238.000 EUR to the paper that publishes anti-Semitic commentator Trickovski