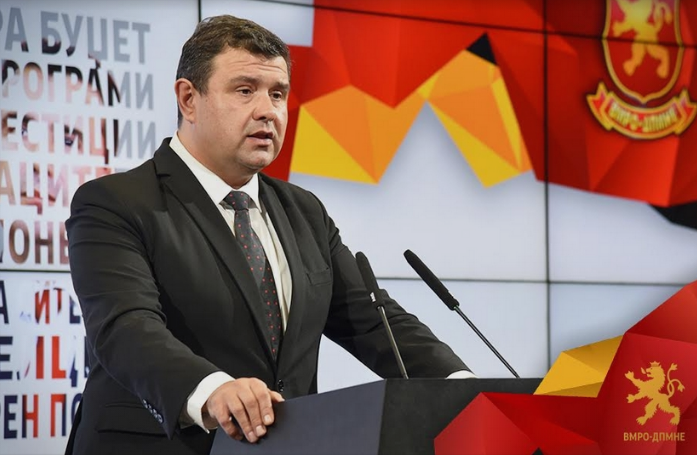 The ruling SDSM party forced the census law through Parliament without achieving a broad support or holding a proper discussion, said Nikola Micevski, head of the VMRO-DPMNE group in Parliament, after the ruling majority adopted the law with the narrow margin of 62 votes in the 120 seat Parliament. All amendments proposed by the opposition, with the goal of ensuring the accuracy of the census, were rejected and SDSM used a fast-track procedure that is only supposed to be used for laws that align Macedonia’s laws with those of the EU member states.

The law was adopted in a fast track procedure, with a few cosmetic changes that have nothing to do with the regulations and recommendations of the European Parliament. We are even seeing open auctioning of the percentages we can expect from the census and announcements that the result will not be recognized. This gives us the right to note that our objections were well founded and that the census is moving from a statistical to a political operation, Micevski said.

Officials from the ethnic Albanian DUI party said they will not recognize the outcome of the census if the Albanian share of the total population is below 20 percent – the threshold set out in the 2001 Ohrid peace treaty. A community that is over 20 percent gains greater political clout in the Parliament and on the municipal level, and Albanian parties were scared to lose this privilege if, due to high emigration, their share of population drops below 20 percent. Due to Albanian concerns, the census will include even long term emigrants from Macedonia, and will have lax procedures for identity verification, while an ethnic Albanian official will have the right to throw out the final results and veto power over every major decision in the course of the census.

Meanwhile, Prime Minister Zoran Zaev praised the vote. “The European Commission also noted that we made good progress, especially with the initial pilot phase and in the testing of the new methodology we are using”, Zaev said. He called out opposition leader Hristijan Mickoski, saying that “whether he wants it or not, we will have a census in 2021”.