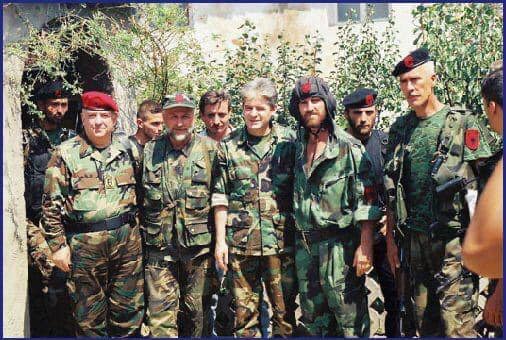 24 Info reports that SDSM will give away the Defense Ministry in the next Government to the DUI party. Defense Minister Radmila Sekerinska announced that she is leaving the Government, along with several other key ministers, who do not intend to remain after Zaev resigns, likely before the end of the year.

Giving DUI the Defense Ministry is a thorny political issue, considering how the party was formed out of the UCK/NLA terrorist movement that sparked the 2001 civil war in Macedonia. The appointment first of a civilian official from DUI (Fatmir Besimi) and then a former UCK commander (Talat Xhaferi) to this position in the Nikola Gruevski governments cause protests from SDSM at the time. But SDSM has since made far greater concessions to DUI, giving them departments such as Foreign Affairs and Finance, and is about to propose a Government in which ethnic Macedonians could end up being in the minority, so having a DUI official lead the Defense Ministry again now seems a relatively minor issue.

The site reports that tax authority chief Sanja Lukarevska, who replaced Sekerinska as deputy leader of the party in March, could be named Deputy Prime Minister under Zaev’s successor Dimitar Kovacevski, and that she will likely keep her party position as well.
Of Zaev’s top loyalists, only Ljupco Nikolovski would remain in the Government, as Agriculture Minister, in a department that DUI will trade to SDSM in exchange for the Defense Ministry. Other “Zaevists” such as Healthcare Minister Venko Filipce, have already said they will leave, and 24 Info reports that Interior Minister Oliver Spasovski is also planning to go. Spasovski could be replaced by Slavjanka Petrovska, who is expected to be elevated to one of the several SDSM Vice President positions as well.

Former Mayor of Skopje Petre Silegov, whose loss in the mayoral race sparked Zaev’s resignation, is in play for next Transportation Minister. Justice Minister Bojan Maricic would replace Nikola Dimitrov as Deputy Prime Minister for EU affairs. Education Minister Mila Carovska, from the ideological left wing of the party, already said that she will not remain in the Government.

It’s unclear whether Kovacevski will even get nominated as Prime Minister, and if he is elected, how long his cabinet would last, considering the meltdown in the polls SDSM is experiencing, the flight of its top officials and how restless its coalition partners are.