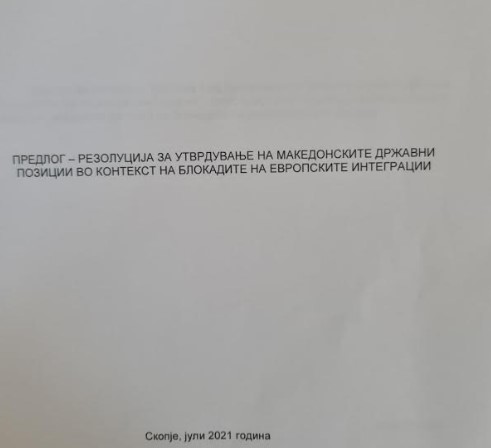 The SDSM party is looking for excuses to avoid supporting the resolution on Bulgaria, VMRO-DPMNE said in a press statement today.

The opposition party proposed a resolution that, if approved, would be the consensus position of all Macedonian parties in the difficult and divisive negotiations with Bulgaria. SDSM initially rejected the very idea of having a joint position, but after a few days surprisingly accepted VMRO’s proposal. According to VMRO, SDSM is still trying to find a way to avoid ratifying it in the Parliament.

We call on SDSM to stop its delaying tactics in the Parliament. Macedonia will suffer as result of their actions. We call on them to overcome their destructive tendencies and to remain faithful to their promise to support the resolution without any excuses, VMRO said in its statement.