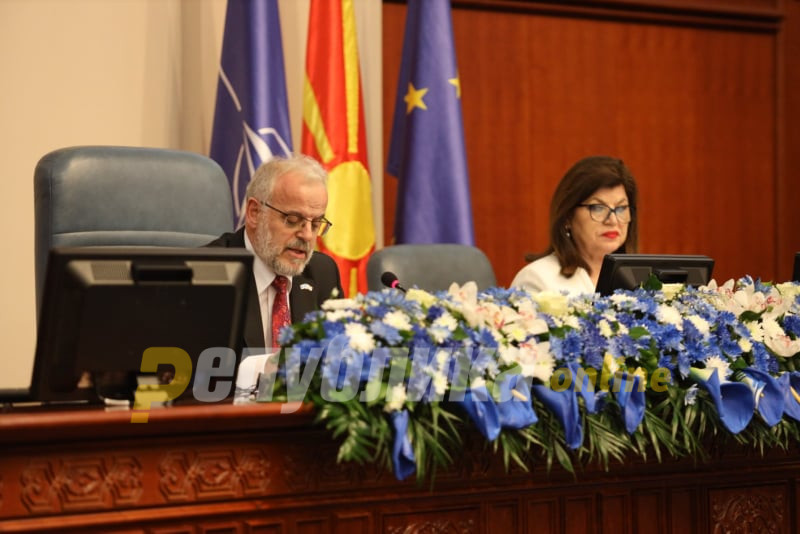 With Macedonia in a complete legislative limbo, after the elections were postponed but the Parliament was not re-called, the ruling SDSM party is reportedly scouting members of Parliament asking them to demand they reconvene.

The 360 Degrees site reported that SDSM is getting 20 members of Parliament to prepare a proposal to Speaker Talat Xhaferi to re-call the Parliament. So far, Xhaferi has resisted the call, 360 Degrees reports.

No Parliament, no elections: Macedonia is in legislative limbo

The Parliament dissolved in mid February, after a scandalous last session during which SDSM rammed through a new law meant to protect its officials from future criminal scrutiny, and removed one of the VMRO-DPMNE nominated members of the interim Government. Elections were supposed to take place on April 12, but as the coronavirus spread, the electoral preparations were called off. But the main parties were unable to come up with a legal solution to cancel the elections so Macedonia remains without a legislative body.

President Stevo Pendarovski declared a state of emergency a month ago, giving the interim Government the right to rule by decree, and he recently extended this state for a month, even though he himself acknowledged that as President he is not given that right in the Constitution.