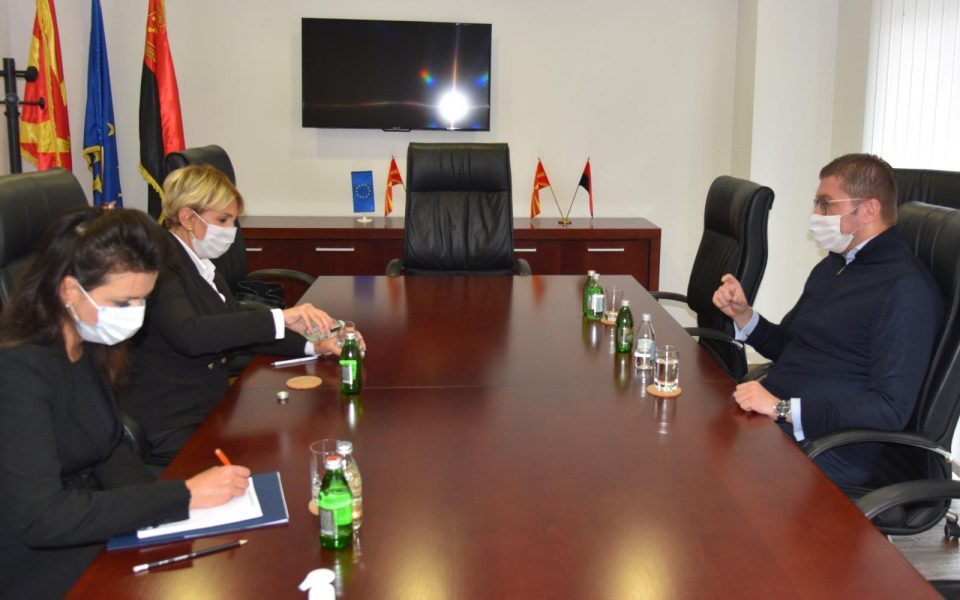 The government led by SDSM has neither the ability nor the plan how to deal with the economic crisis and the pandemic, said the leader of VMRO-DPMNE Hristijan Mickoski, who met today with the Croatian Ambassador to Macedonia, Nives Tiganj.

At the meeting I emphasized that the government does not have the capacity and does not know how to deal with the pandemic, and because of that Macedonia is recording new grim reports every day and has become a leader in mortality rate per million of inhabitants in the region. I stressed that the government led by SDSM has no ability or plan to deal with the economic crisis, and as a result over thousands of citizens lose their jobs, businesses close, and there no new investments, said Mickoski after the meeting with Tiganj.

VMRO-DPMNE says that as a political party they have ideas and measures  to deal with the health and economic crisis in Macedonia, but also the other challenges that await the country in this period.

The policies of VMRO-DPMNE are clear and concrete and can put Macedonia back on track. On behalf of VMRO-DPMNE, I thanked for the correct cooperation with the Embassy of the Republic of Croatia and pointed out that the friendly relations will continue, said Mickoski.