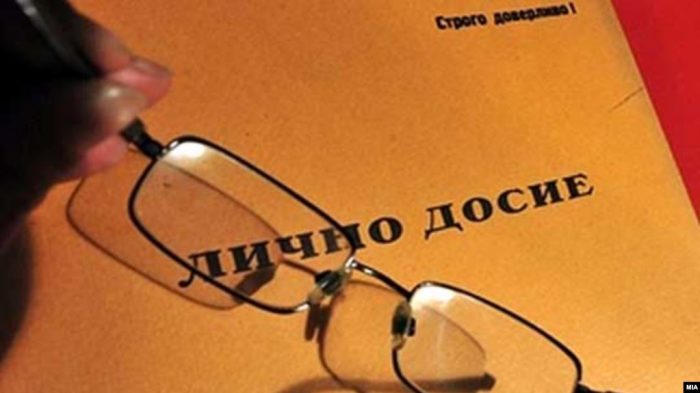 The Macedonian Parliament was unable today to discuss the proposal to reverse the lustration process, which was sent before a Parliament Committee. Committee members from VMRO-DPMNE, which opposes the shocking proposal, but also from DUI and other parties, abstained, leaving SDSM as the sole major proponent of the move.

The SDSM proposal would nullify the lustration – which included the publication of police files in which serious abuses of human rights perpetrated by the Communist era police were revealed. The perpetrators and collaborators who helped condemn people for political reasons, were named and banned from serving a public office above a mid-management level.

Aleksandar Kiracovski from SDSM demanded answers from the party’s nominal coalition partner DUI for their abstention from Parliament. Kiracovski called the lustration process a “smearing of our distinguished officials”. Given that SDSM is the heir of the Socialist Party of Macedonia, most of the lustrated police officers and collaborators were affiliated with this party.

The children of the police informants are trying to pardon their ancestors, said VMRO-DPMNE member of Parliament Zoran Ilioski about the SDSM proposal. “Macedonia is the only post-Communist country in Europe not to conduct a lustration of the Communist regime, and its officials who built careers on the backs of Macedonian patriots and innocent citizens. We are the only country in Europe where the collaborators, instead of being condemned, are lining up for restitution”, he added. The SDSM proposal provides for payment of damages – not to the victims of Communism, but to the some 200 collaborators and police officers who were lustrated.