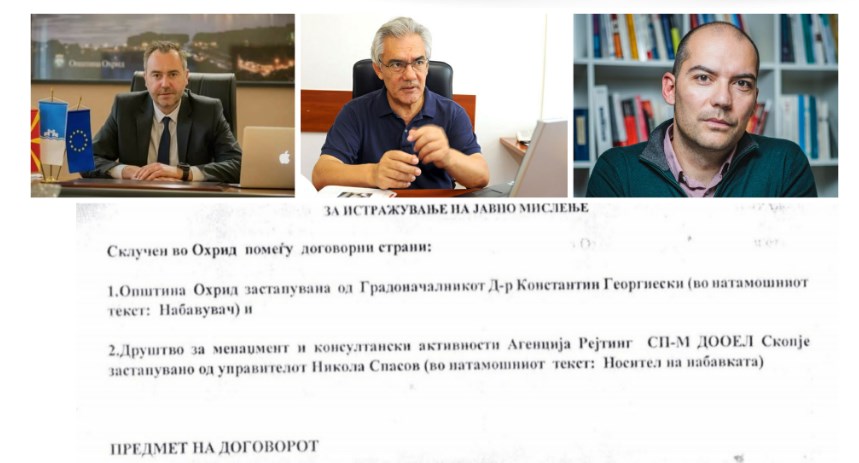 The Ohrid town hall has also signed a contract with the politically linked polling agency Rejting (rating), owned by the son of former SDSM party official Gjorgji Spasov. This contract is estimated at nearly million denars (15,000 EUR), so that Rejting can provide “consulting services” and conduct a poll.

The revelation comes after it was published that Karpos municipality, which like Ohrid, has a Mayor and Council led by the SDSM party, signed a contract worth 4,500 EUR.

Rejting is owned by Nikola Spasov, Gjorgji Spasov’s son. Both are outspoken supporters of the SDSM party. Gjorgji Spasov was appointed by the party as Justice Minister and ambassador to Bulgaria and Britain.

While in opposition, SDSM strongly denounced any contract that public institutions would make with media outlets or opinion makers. But once in power, the party began systematically to divert funds from various institutions, the state budget and the municipal coffers to activist NGO groups and PR agencies that supported its 2015 Colored Revolution and continue to work to steer public opinion in favor of SDSM.

Once an elite resort for party commissars, Elen Kamen is beset by unregulated development

Ohrid ran out of Covid tests for paying patients