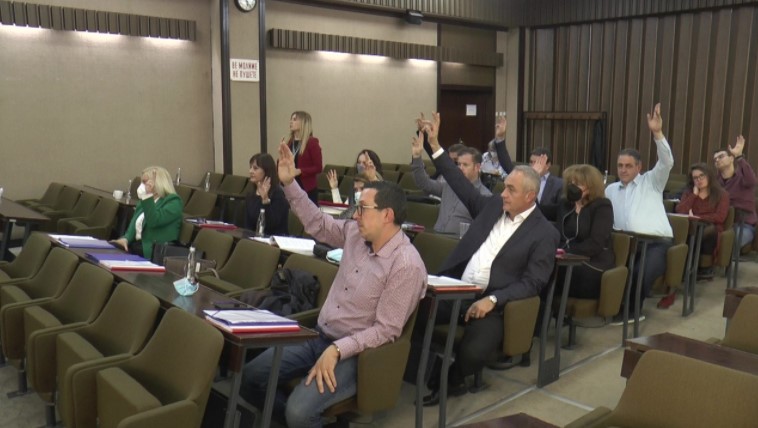 The new Council of Stip could not hold its inaugural session after members elected from SDSM walked out because the imposed name “North Macedonia” was not used in the proceedings.

The 13 VMRO-DPMNE members of the Council and the one from Levica remained and were sworn in, but the nine SDSM representatives walked out. Marijana Rogozarska – Popovska from SDSM said that the procedure is in violation of the Constitution as she demanded that the name “North Macedonia” is used.

The Council then elected Vesna Karagunova – Kozinkova as new President of the Stip Council. Besides giving VMRO majority in the Council, the city also voted out its incumbent Mayor Sasko Nikolov from SDSM in favor of Ivan Jordanov from VMRO.