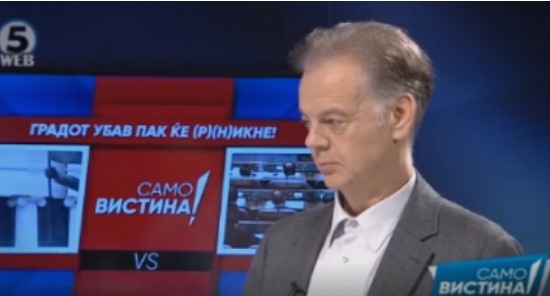 Controversial SDSM supporting architect Miroslav Grcev, who was named to a team meant to examine the Skopje 2014 urban renewal project, called for the destruction of the Macedonia Gate and the planned monument to Mother Teresa.

SDSM has long campaigned against the project which built neo-classical style public buildings or replaced the Communist era brutalist style of some already built sites. The numerous monuments that honor Macedonian heroes, kings and religious figures also annoyed the leftist party, which began a campaign to rename Macedonia and rewrite Macedonian history after grabbing power in 2017. 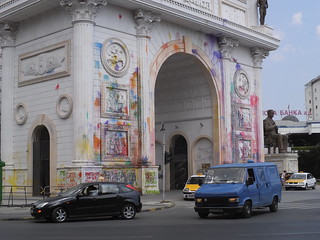 It was in the 19th century when the Macedonian nation was made up, just as many other nations, the far left commentator said while explaining his position.

SDSM activists frequently attacked some of the monuments, especially the Macedonia Gate, throwing paint on it during the Colored Revolution. The moves were welcomed by neighboring countries, who have designs on the Macedonian history or, in some cases, land. The Gate was used for the triumphant return of sports heroes such as the 2011 basketball team and the two European handball titles won by Vardar.