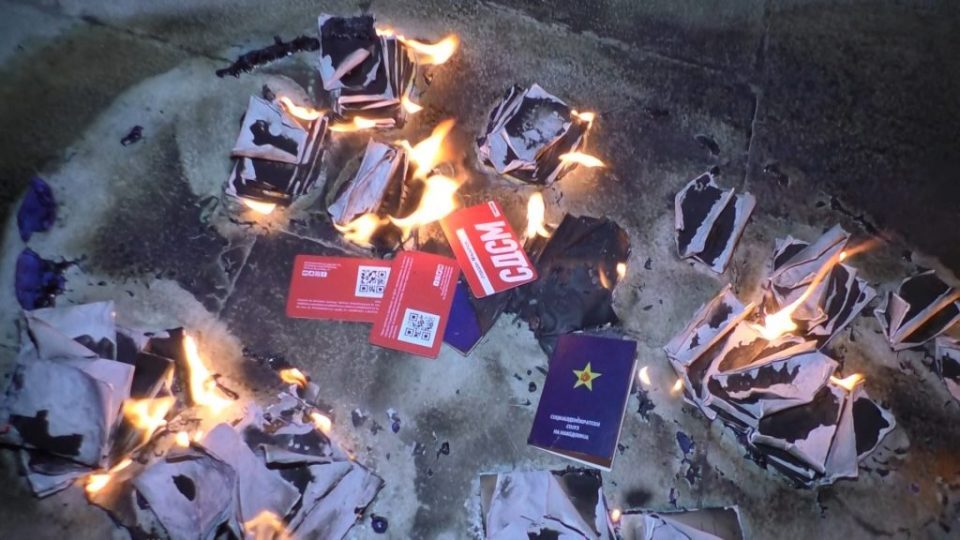 SDSM party members from Radovis are rebelling against the decision of party leader Zoran Zaev not to nominate the incumbent mayor Gerasim Konzulov for another term.

Konzulov is one of the long list of SDSM mayors who Zaev is removing from the October 17 elections – including in key posts such as Kumanovo, Prilep, Bitola, Centar, Aerodrom and Karpos. Supporters of Konzulov were burning their SDSM membership cards today in protest, and an incident was reported yesterday evening.

The public opinion is being ignored. The current Mayor is the projected winner in all polls and ranks over all other candidates in the party. His removal is due to personal interests and totalitarianism. It’s unbelievable that Prime Minister Zaev will ignore facts and democracy and support totalitarianism. For shame, the Mayor’s son, Gjorgi Konzulov said.