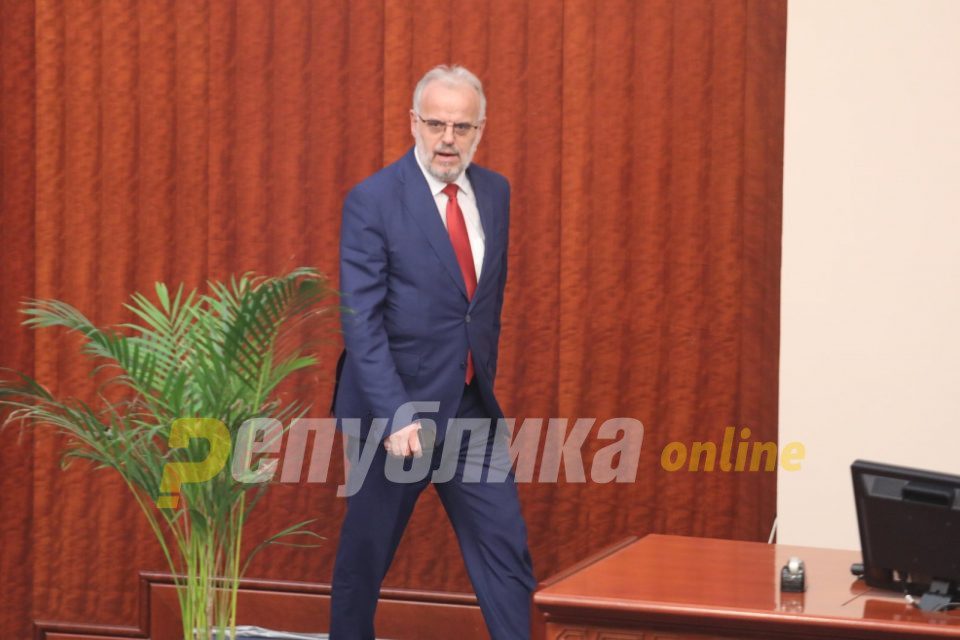 The Parliament failed to hold a vote on any of the several laws that the ruling SDSM party is pushing as pre-condition before allowing it to dissolve and prepare the early general elections. A new session is expected to begin shortly today, as yesterday’s ended in acrimony and threats that SDSM will pull out of the agreement to hold early elections on April 12.

SDSM Secretary General Ljupco Nikolovski issued a threat to its main coalition partner DUI that SDSM will drop them, form a new Government with other coalition partners and continue ruling until the end of its term in December. This was provoked by apparent unwillingness on the part of DUI to support SDSM in their continued power-grab in the judiciary. SDSM demands 81 votes for a new law on state prosecutors that would entrench Zaev loyalists as key prosecutors and would prevent the use of wiretaps as evidence in future trial.

If the Parliament continues with delaying tactics and if it prevents the vote on important laws, such as the PPO law on state prosecutors, the electoral code, the defense law and the removal of Minister Mizrahi, there is a real possibility that we will create a new form a new majority and a stable, new government that would hold regular general elections. “North” Macedonia will not be held hostage to partisan and criminal interests, Nikolovski said in a Facebook statement aimed at Parliament Speaker Talat Xhaferi from DUI, who he blamed for delaying vote on the PPO law.

It was reported that DUI is giving new demands to SDSM before it provides the necessary majority for the PPO law. One of the demands is that the sixth electoral district, which is majority ethnic Albanian, is redrawn in a way that would guarantee more seats to Albanians in the next Parliament. The district nominally has more voters than the other five districts and DUI wants it narrowed down in a way that would move Albanian villages to the neighboring 5th district. Macedonian parties oppose this because the 6th district also has by far the lowest voter turnout – result of the heavy emigration, especially among ethnic Albanians – and constricting its borders would mean that it would elect 20 members of Parliament with far less actual votes than the other five districts.

Zaev already apparently accepted another nationalist request from the Albanian BESA party, that identity cards list the ethnicity of the applicant, in exchange for its two votes. It’s unclear whether SDSM has 81 votes even with DUI and BESA on board, as well as with some of the group of nine former VMRO-DPMNE members of Parliament, who were bribed and blackmailed into supporting SDSM in the past.

Xhaferi responded to the threat from Nikolovski by reminding him that all major political parties agreed to hold the vote on April 12, which requires the dissolution of Parliament. Xhaferi proposed that a new meeting of party leaders is held to clarify whether the agreement to hold the elections is still valid.

Stop sending me messages through Facebook. I’m not even on Facebook and I don’t communicate through social networks. I have my competences in accordance with the Constitution and the rules of Parliament and this Parliament has been praised by the European Union. If you threaten to form a new government, I call on the party leaders to hold a new meeting tomorrow, and to re-declare our determination to go to the polls, Xhaferi said as he dismissed the Parliament for the day.

A little later, DUI official Artan Grubi responded to Nikolovski’s threat by saying that DUI accepts all the laws that SDSM has proposed. He also reminded SDSM that all parties agreed to the elections and that further unpredictability is not serious or sustainable.