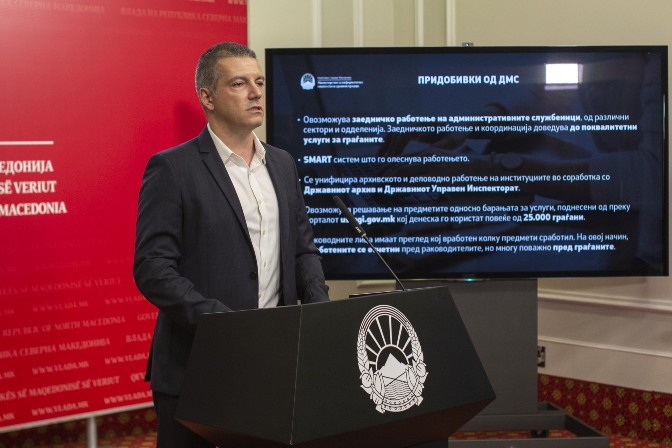 Outgoing Public Administration Minister Damjan Mancevski confirmed that his SDSM party plans to cut the public sector, and announced that employees who have been staying at home because of the coronavirus will be re-distributed. Thousands of public sector employees who have children under 10 have used the decree that allows them to stay at home now that the schools and kindergartens have closed. Mancevski said that these will receive new duties.

If some employees refuse their new assignments then their contracts will be terminated, Mancevski said. The would be Prime Minister Zoran Zaev recently declared he wants to cut the public sector by 20 percent.

The MIOA department that covers public administration and information technology, will be given to the DUI party under the new coalition deal and will be led by Jeton Shaqiri. This, coupled with control over the Finance Ministry, will give DUI the final word on hiring public sector employees. A hallmark of DUI’s involvement in the public sector so far are the thousands of ethnic Albanian employees who are receiving salaries but have never been assigned to a job, and simply beef up the number of ethnic Albanian employees on paper. Mancevski said that the next Government will have to assign these “framework employees” – named so after the 2001 framework Ohrid peace treaty.