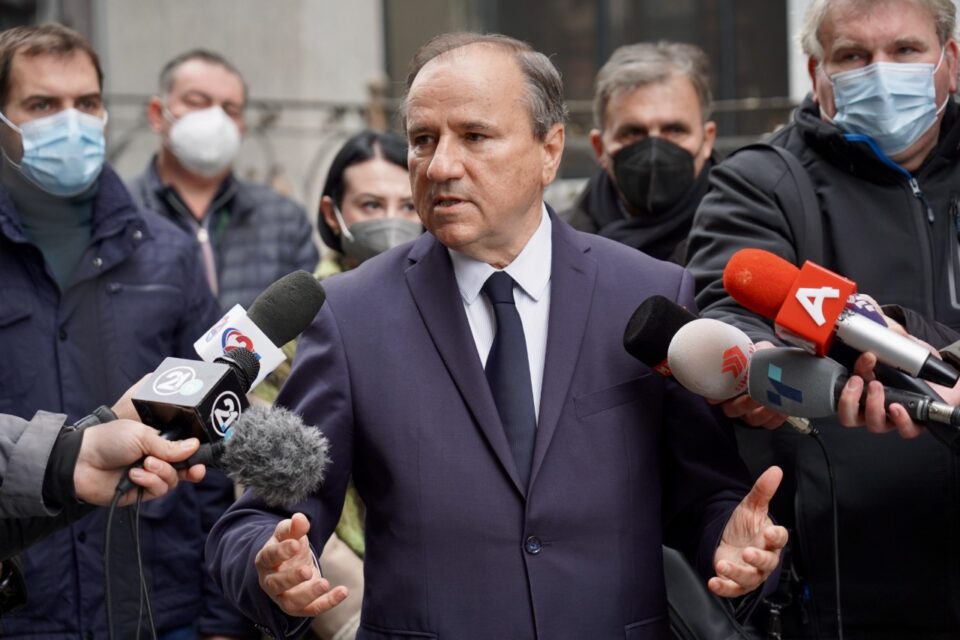 Pavle Trajanov, the famously turncoat leader of the small DS party which is currently part of the SDSM led coalition, threatened to bring down the Kovacevski Government unless his key request is met. Along with several other smaller coalition members, Trajanov demands that the electoral model is amended and the votes are cast in a single electoral district – a request that is already endorsed by VMRO-DPMNE, but is bitterly opposed by the key SDSM coalition partner DUI.

The proposal to abolish the current six electoral districts would help smaller parties like DS, who currently lose the votes cast for them in districts where they can’t win a seat, and are forced to form coalitions with SDSM, VMRO or other larger parties to be represented. This would also reduce the number of Albanian members of Parliament, harming DUI, which benefits from the fact that the 6th district – which is majority Albanian – has a hugely inflated voter roll and elects representatives with almost half the votes required in the other districts. If its votes are spread across the country, DUI and other mainly Albanian parties who win seats in the 6th district stand to lose some of their seats.

If this proposal is blocked again, then the issue of holding early general elections will resurface. There is a number of us in Parliament prepared to vote to end the term of the Government. We can’t back down, we already agreed to this. We can’t let DUI block this process. The Government can’t function without the coalition representatives, Trajanov told Fokus.

His DS party and other smaller parties allied with SDSM such as LDP and DOM, have enough votes to bring down the shaky Kovacevski Government. When the Government was formed, in January, they supported the coalition but on the condition that the electoral model is changed until May. DUI kept pressuring the coalition to have the vote postponed.