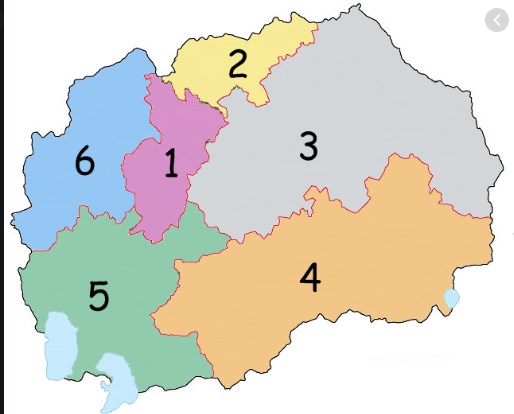 A group of smaller political parties, currently allied with SDSM, say that they will support the proposed Dimitar Kovacevski Government, but will bring it down in three months unless their key event for changes to the electoral system is met.

The parties want the current six electoral districts scrapped, and replaced with a single district. This will allow some of them to win seats independently, without the need to seek alliances with larger parties like SDSM or VMRO-DPMNE before hand. But the request would shave a few seats from the results of VMRO and SDSM, and would cut even more seats from the DUI party, which counts on its domination of the 6th electoral district and its guaranteed 20 seats, despite its highly inflated citizenship count. Distributed through the entire country, the DUI votes would count far less than concentrated in the north-western district.

The demand comes from the DOM and LDP parties, which ran against SDSM during the local elections, Pavle Trajanov’s DS party, VMRO-NP and the Democratic Party of Turks. They want the Parliament to convene a session to discuss changes to the electoral law as soon as possible, and that the proposal is adopted in three months. If not, the parties say they will withdraw their support for the Government, and if they hold firm, this would guarantee its collapse. These parties were dismayed when they saw another small party, the Alternative Party, blackmail SDSM and win three Government departments in exchange for its four votes in Parliament, far more than what SDSM’s older allies got from their coalition partnership.

It’s likely that DUI, whose influence over SDSM has grown exponentially, will oppose this request. VMRO-DPMNE was open to the idea in the past, but as the party calls for early elections, it’s likely they will resist the request and try use it to bring down the Government. Even if SDSM meets their demand, it could increase the likelihood of early elections, as the smaller parties would like to test the new electoral model and win independent seats in Parliament.