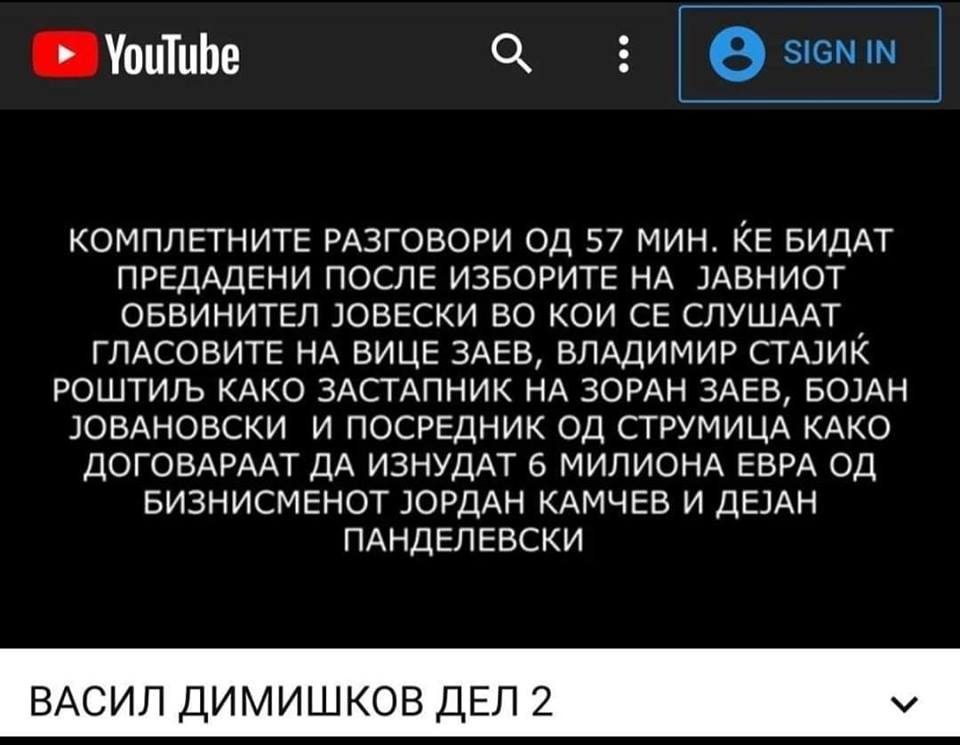 After an audio was published on social networks today in which, as described, features the voice of lawyer Vasil Dimiskov, the brother of judge Vesna Dimiskova, who is considered very close to Zoran Zaev, allegedly trying to extort 6 million euros from businessman Jordan Orce Kamcev in exchange for his liberty, a new audio “bomb” has been leaked.

This time the audio features a conversation about extorting two suspects in the “Empire” case.

According to the video, the entire material is 57 minutes long and it will be handed over to the Public Prosecutor’s Office, and according to the text in the bomb, among others the brother of the former Prime Minister of Macedonia and leader of a political party can be heard.

This audio also features the voice of the Skopje lawyer, talking about millions of euros.