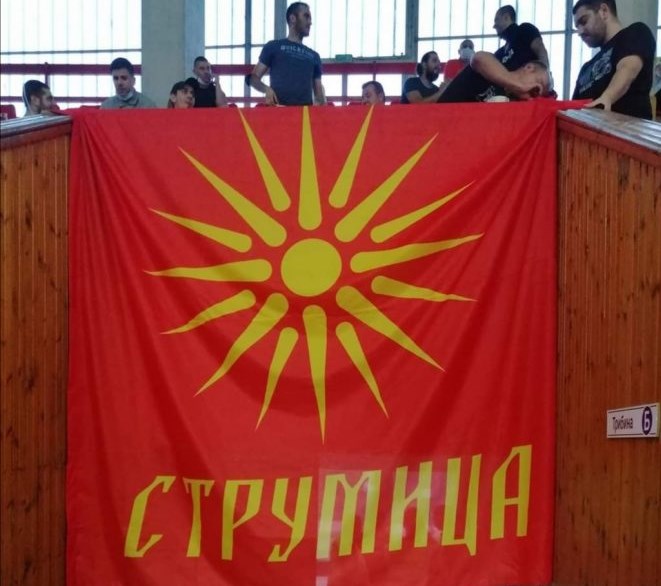 There was an incident during Sunday’s volleyball match between Macedonia and Denmark in Strumica. The match in the “Park” sports hall was played with spectators and among those present was also Prime Minister Zoran Zaev. 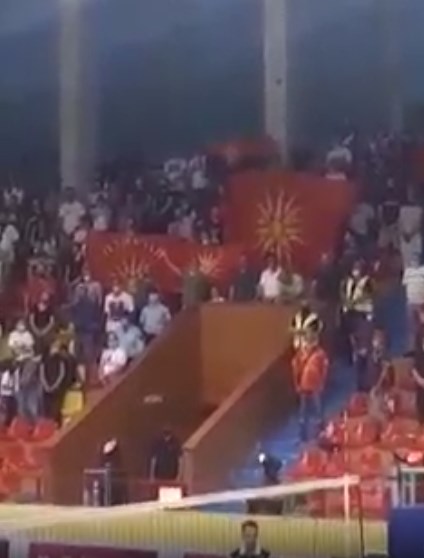 During the match the spectators raised the Vergina sun flag and that was the reason for the police and security to react and remove it.

However, the spectators strongly reacted to that and started chanting “Never North only Macedonia”. 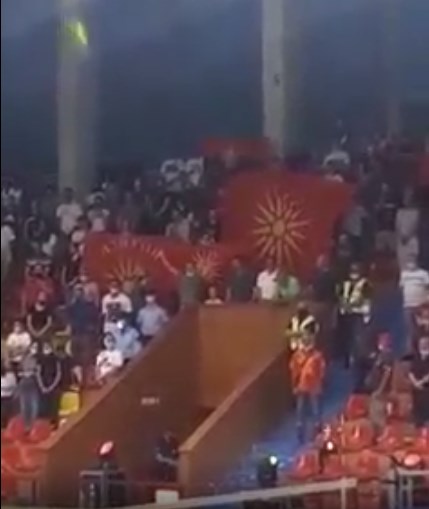