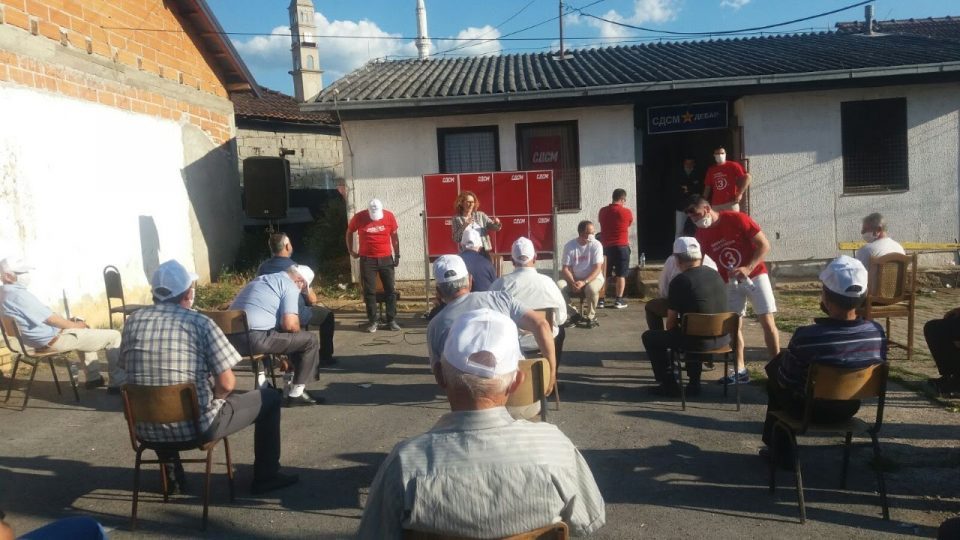 The head of the candidate list of the coalition “We Can” in the fifth electoral district and the Vice President of SDSM, Radmila Sekerinska, was in Debar on Monday, where she met with citizens and business owners, after which she held a debate outside the headquarters of the SDSM branch.

She noted that during the pandemic, they showed that they know how to provide strong health care, but also 550 million euros only in the three sets of economic measures without allowing them to prevent the collapse of many companies.

In a statement to the media, she stressed that the goal of the new SDSM-led government will be to focus on a new development economy, which will create more well-paid jobs.