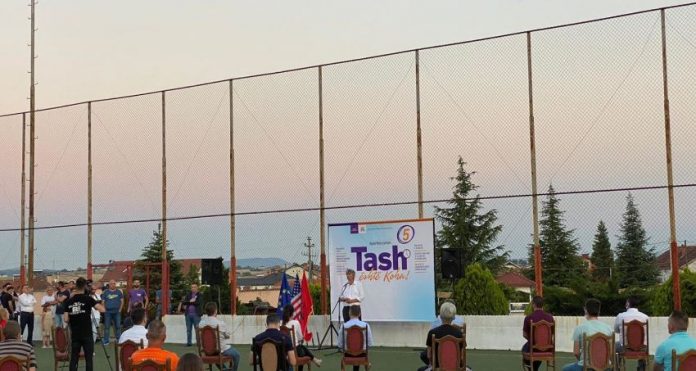 It is time to create a state for all, where everyone will feel equal. Election Day is when citizens have the power to make that change, said Alliance for Albanians leader Zijadin Sela on Monday.

We are faced with a situation that comes once in four years. There are many party officials who come and attempt to jeopardize the citizens’ political will. Election Day is your ‘five minutes’. At 7 am party leaders are not worth a dime, because the political power is measured at 9 pm. We will as powerful as the votes you give us, Sela told a meeting in the Kumanovo village of Cherkezi while presenting programme “State for All” of the Alliance for Albanians/Alternativa coalition “Time is Now”.

He said that Albanians believed for years but were always disappointed by the political parties of ethnic Albanians, and as a result redirected their votes to an entity of ethnic Macedonians.

Where are we today? I saw how SDSM treats Albanians. They say ‘a society for all’ but there is no school for Albanians in Idrizovo or Chashka. There are thousands of Albanian children learning in Macedonian, not their mother tongue. This is not a society for all, said Sela.

Sela announced his departure from the leadership position in the party