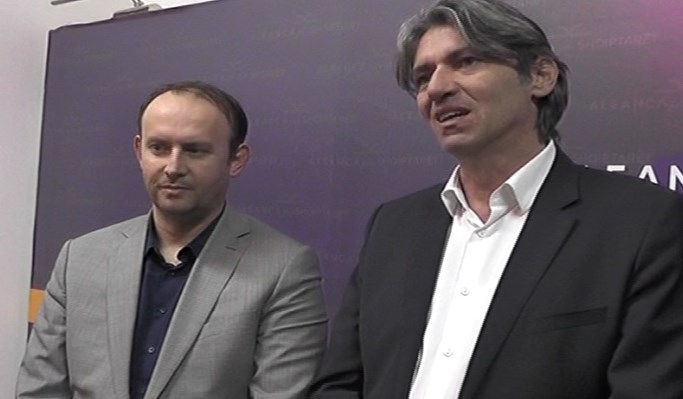 Ziadin Sela and Afrim Gashi, leaders of the coalition between the Alliance of Albanians and Alternative, who won 12 seats from ethnic Albanian voters, said that they will accept the invitation from DUI party leader Ali Ahmeti for a meeting, but on their terms.

Ahmeti wanted to gather all Albanian leaders for a joint celebration of the signing of the 2001 Ohrid peace treaty, an event where he would inevitably present himself as a heroic wartime commander of the UCK/NLA terrorist organization. It was Ahmeti’s second attempt to create a pan-Albanian platform with DUI in the lead, after the party won 15 seats in the chaotic July 15 elections. Bilal Kasami from the BESA party which won 4 seats in coalition with SDSM already said that he will not attend Ahmeti’s gathering.

Sela and Gashi replied today that they are willing to talk, but at a properly organized meeting, that will take place next week. This may affect the coalition making process, as President Stevo Pendarovski has two more days to give the mandate for the creation of a new Government to some party leader. Having a bloc of Albanian parties present unified demands as the coalition talks are on-going could seriously affect the process. Talks are being held between DUI and SDSM, while Sela and Gashi have been content to push Ahmeti to continue these talks, and have even offered to support him if he manages to get SDSM to agree to the appointment of an ethnic Albanian Prime Minister, which was a key DUI pre-election promise.

After the 2016 elections, the Albanian parties were convened by Albanian Prime Minister Edi Rama, which led to the creation of the Tirana platform – a list of joint demands such as full official use of the Albanian language and de-facto veto powers over public financing.