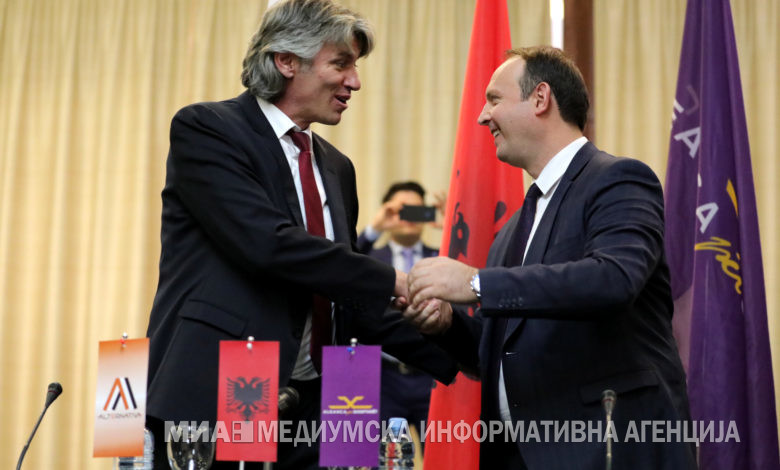 The Alliance of Albanians and the Alternative party formalized their pre-election coalition today. Party leaders Ziadin Sela and Afrim Gashi presented their election slogan, which is “One state for all”.

Under the contract, Gashi will lead the joint list at the 2nd, north-eastern electoral district, while Sela will be top of the list in the 6th, north-western district. Sela said that the coalition is aimed against Ali Ahmeti’s DUI party, which has had near-monopoly on representing ethnic Albanians in a number of successive governments.

Meeting of the VMRO led coalition for the Renewal of Macedonia

Thaci: SDSM is losing to VMRO and needs votes from BESA